How do I get a dreamless sleep

Nightmares can be treated

Bad dreams ensure that people cannot recover while they sleep. If nightmares occur repeatedly, they can become a disease that requires treatment. The reasons for this have not yet been fully clarified. What is certain, however, is that trauma, acute stress, personality traits and certain medications and drugs can be triggers. But nightmares can be treated.

The treatment of nightmares is primarily psychotherapeutic. The most effective is Imagery Rehearsal Therapy. In this process, the nightmare is rewritten and a new, no longer threatening dream story is repeatedly imagined. So the nightmare is overwritten and it disappears. In addition, lucid dreaming can be a helpful, albeit harder to learn, method of getting rid of nightmares.

Most of us remember nightmares from childhood and adolescence. What is less well known is that these can also represent a relevant disorder. And even less is known that there are helpful treatments for frequent and distressing bad dreams. Nightmares and the stresses and disorders associated with them are considered to be underdiagnosed and under-treated diseases [7,12]. Doctors and psychologists often have little knowledge of nightmares and their treatment. Patients therefore often do not receive adequate treatment offers [11,12].

Nightmares are defined as dysphoric and easily rememberable dreams that usually involve efforts to avoid threats to survival, safety, or physical integrity. When awakening from nightmares, those affected are quickly oriented. The repeated occurrence of nightmares can lead to sleep disorders that cause clinically significant suffering or impairments in social, professional or other important functional areas [3]. This disorder is coded F51.5 and known as "Nightmares" (ICD-10) or "Nightmare Disorder" (DSM-5).

Nightmares usually occur during REM sleep. There are two forms: idiopathic nightmares that have no known cause and cannot be clearly explained by other mental disorders or medical disease factors. And post-traumatic nightmares that occur as a result of trauma and as a symptom of post-traumatic stress disorder (PTSD). Nightmares have to be differentiated: from the pavor nocturnus (which occurs mainly in children and is not accompanied by any concrete dream memory), from sleepwalking, which also usually occurs without dream memory, and from the REM sleep behavior disorder, in which the dream content is vigorously acted out comes, which is atypical of nightmares.

Nightmares are relatively common in childhood and adolescence and are not a pathological disorder - unless they last for a very long time or are very intense. This means that they can be a heavy burden for young people and their families. The prevalence in adulthood is around 6% for nightmares that occur at least once a month. 1-2% of the adult population report having several bad dreams per week. Nightmares become less common with age. Women suffer from it more often than men. In children, the prevalence is the same for both sexes. Nightmares are more common among those in an artistic or creative occupation. Post-traumatic nightmares occur in up to 70% of patients with PTSD [8,16].

The occurrence of nightmares is also associated with an increased risk of suicide and should be viewed as a serious risk factor for suicidal acts in general medical as well as psychiatric and psychological practice, especially in depressed patients [15].

The exact causes of idiopathic nightmares are unknown. However, a number of factors are related to their frequent occurrence: acute stress, personality traits, medication and drugs [9]. Acute stress is probably the most common cause. Personality traits associated with increased nightmares are neuroticism, fearfulness, creativity, and "thin boundaries". Neuroticism is understood to mean an increased emotional lability and the tendency to psychosomatic reactions. People who are particularly anxious have more nightmares. People with anxiety disorders (e.g. panic disorder, agoraphobia, generalized anxiety disorder) often report disease-specific content in their nightmares, e.g. B. the helpless vulnerability in patients with agoraphobia.

The concept of thin borders [5] pursues a high degree of permeability between reality, dream and fantasy (and thus also shows references to creativity). Medications that can trigger nightmares include dopaminergics, antidepressants, amphetamines, and other stimulants, as well as antihypertensive drugs. The REM rebound triggered by withdrawal from REM sleep-suppressing drugs (antidepressants, benzodiazepines) can also lead to increased nightmares. Similarly, stimulating drugs (such as cocaine) or withdrawal from drugs that suppress REM sleep (alcohol) can also lead to nightmares.

An important sustaining factor is the stress caused by the nightmares themselves. In addition to fear of sleeping, increased irritability and depression, this can also lead to renewed nightmares (nightmare stress). The causes of post-traumatic nightmares clearly lie in the trauma experienced, which is then repeatedly experienced in the nightmare. But it is also characteristic that this trauma can appear in a changed form in nightmares over time. Post-traumatic and idiopathic nightmares can also co-exist in one person.

Nightmares can primarily only be treated with psychotherapy. Of course, in drug- or drug-induced nightmares, the corresponding substance should be omitted or substituted. However, there is no drug that is explicitly approved for the treatment of nightmares. Only the antihypertensive drug prazosin, an alpha receptor blocker, was able to significantly reduce the nightmare frequency in patients with PTSD in studies. The effect on idiopathic nightmares is unclear, and treatment with prazosin is an off-label use. Psychotherapeutic measures against nightmares are therefore the current treatment of choice.

For a long time it was assumed that nightmares would go away on their own. However, this has not been shown to be true. If left untreated, nightmares often persist if they have occurred frequently over a long period of time. Even if they were initiated by other (psychological) factors, they often persist after these disorders have been successfully treated. Therefore, specific treatments for the nightmare disorder are necessary. The two approaches Imagery Rehearsal Therapy and lucid dreaming are very successful here.

The IRT is an imaginative procedure. Nightmares can be rewritten with it. The patient then regularly and intensively imagines this new dream story. This causes the original nightmare to be overwritten in the corresponding memory structures. The IRT can be done in individual or group therapy and does not take long. A treatment manual available for the German-speaking area assumes an average session size of eight therapy sessions [13].

The core element, the development of a new dream story, which is then no longer threatening, but takes a neutral or positive course, is worked out by the patient and the therapist together. One pays particular attention to the fact that this new dream story is on the one hand easy to imagine and on the other hand no longer causes fear or other unpleasant feelings. As a rule, it is possible in one or two therapy sessions to rewrite a nightmare and develop a new, no longer threatening dream story, which the patient then regularly and intensively imagines at home. The therapy therefore also includes exercises in advance to improve the ability to imagine.

The procedure is used by psychological psychotherapists and, if there is a corresponding ICD-10 diagnosis (F51.5), can be billed to the health insurance companies. Evaluation studies have demonstrated its effectiveness in the treatment of post-traumatic nightmares and idiopathic nightmares [2, 14]. There is also a patient guide on nightmares and their treatment, in which the IRT procedure is clearly explained for patients [10].

Lucid dreaming (or lucid dreaming) is the ability to know while dreaming that one is dreaming. Only a minority of people naturally have this gift. However, there are also indications that lucid dreaming can be learned, even if this may not be easy. If people have the ability to dream lucidly, they can intervene directly in their nightmares and thus change or end them during the dream.

For this it is necessary - not every nightmare is a lucid dream - to train the ability to convert nightmares into lucid dreams, which is possible and can be learned with appropriate strategies and techniques. In patients with repeated nightmares, the ability of lucid dreaming can be used in such a way that they can find solutions to their (expected) stressful dreams - even before they go to sleep. They then fall back on the appropriate solution during sleep [6].

For people who can dream lucidly or who have learned to do so, nightmare modification through lucid dreaming is the most direct and elegant way of treating nightmares. 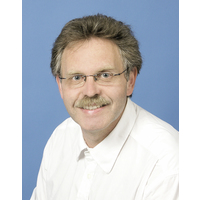 Conflicts of Interest: The author has not declared any.

You can find an article on a similar topic here:
<?