Breaking Bad only has 5 seasons

From "Game of Thrones" to "Breaking Bad": serial junkies and their favorite series (I)

The series "Deutschland 83" has already been referred to as a "German homeland". "Homeland", together with series such as "Mad Men" or "Breaking Bad", is considered a figurehead for series culture. On November 26th "Deutschland 83" starts in this country. The multi-part TV series has already been sold in many countries around the world. In the USA, serial country No. 1, the eight parts about German-German history were already running with good ratings in 1983. "Deutschland 83" is an example of the fact that high quality formats are also produced in Germany.

Series fever has been rampant around the world for a number of years, especially TV formats from the USA are popular everywhere. But other countries, especially Great Britain and Sweden, have brought outstanding productions onto the market in recent years. We asked the culture department of Deutsche Welle: What is your favorite series?

When people in Tarantino films are literally blown to a pulp, then I find it disgusting, when women or children are mistreated, then I switch over. And anyway, I only watch series if each episode is self-contained.

But at the moment I am fascinated by a series in which violence is the order of the day: "Breaking Bad". That means something like "got on the wrong track". After a cancer diagnosis, chemistry teacher Walter White worries about the future of his family. In the short time he still has, he decides to earn enough money as a drug "cook". But - that is clear - Walter does not die that quickly. 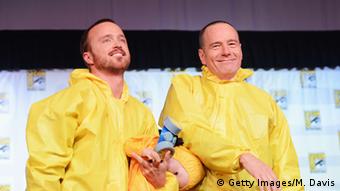 In order to maintain the hypocritical facade of the caring family father, he walks over corpses: in 62 episodes over five seasons. His enemies are dissolved in acid. As a chemist, he knows his way around. Director Vince Gilligan manages to embed the most absurd processes in everyday normality. One constantly thinks: White's camouflage is blown, there can be no escape from the police. But Walter is clever, a genius, a megalomaniac.

The series is just well done. The best cliffhangers are not there at the end, but at the beginning of each episode - also thanks to the excellent, detailed camera work. What is the close-up of a fly? Why does a stuffed animal's eye swim through the swimming pool? Sometimes these questions are clarified in the course of the episode, sometimes only at the end of a season. Others stay open until the end. Fortunately, all seasons are online. (Gaby Reucher)

A six-part mini-series from 2013. I was spellbound from the first second. At dusk, a young girl slowly climbs into a cold lake. Just before she goes under completely, she is saved. Tui is twelve years old and five months pregnant. The young policewoman Robin (Elisabeth Moss) wants to take care of her. But the girl disappears into the surrounding woods.

In the first ten minutes I get to know fascinating guys. Robin carrying around a heavy package from the past. Tui's father, the violent drug lord Matt, who doesn't shy away from murder and who will later hunt his daughter in the woods. A group of distraught women who have settled on the shore of a lake with their guru GJ (Holly Hunter). 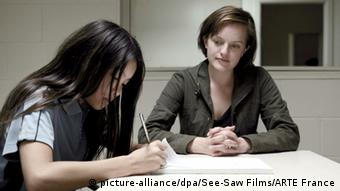 Elisabeth Moss (r.) And Jacqueline Joe in "Top of the Lake"

The setting: A bombastic landscape in New Zealand - the lake, surrounded by mountains and forests, a village that could also stand on a Norwegian fjord. Quirky characters, some of which remain opaque until the last episode - if they survive at all. All play their roles with great empathy for their characters.

"Top of the Lake" reminds a bit of "Twin Peaks", but plays less with the mysterious. It's more of a psychodrama that takes place in a mystical landscape, accompanied by a soundtrack that gets under your skin. I've been wearing my Ugg boots at home since watching this series. They look fantastic on Elizabeth Moss. (Silke Wünsch)

Seven royal houses fight for rule in a medieval-looking empire, where the seasons last for years and a dark winter threatens. Far-fifty fantasy? Not at all: Nobody is just good or bad, almost all film characters are both. Torn between morality, cruelty, love and betrayal. Even when they do terrible things, their motives are understandable. Like Daenerys, the dragon mother, who first frees slaves and then confuses justice with vengeance.

Everyone can identify with anyone. Or even several. My child self is found in the girl Arya, who would rather be a boy (boys are allowed to fight with swords!). Favorite adult heroine: "Wildling" Ygritte - funny, self-confident and even seductive wrapped in thick furs. 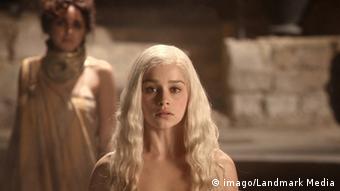 Emilia Clarke in "Game of Thrones"

"Game of Thrones" lives tolerance, openness and integration. Heroes are broken and varied: the fighter loses his sword hand, the great intellectual is short, the victorious knight is gay. Women are especially strong. And everyone can be hit by sudden serial death.

"Game of Thrones" is perfect for pack watching. Provided with soup, champagne and chocolate, we gather in front of the screen like our ancestors around the campfire. What Gilgamesh, Odysseus and Arthur were to them, Tyrion, Cersei and Jon Snow are to us. The boss is putting pressure on the tax return? No matter. After all, this is a matter of life and death. (Susanne Spröer)

To get one thing straight up front: "Hatufim" is not a series for relaxing. At least I was more cramped than lying comfortably on my sofa. "Hatufim" is brutal.

17 years ago, three Israeli soldiers - Nimrod, Uri and Amiel - were abducted, imprisoned and tortured by terrorists during an operation in Lebanon. Now two of them are returning - ransomed by their government. The third one, Amiel, is dead.

This is the starting point at which Hatufim - literally translated "The abducted" - begins. The families are waiting at the airport: from Nimrod's sarcastic, quick-witted daughter, who was only two years old when her father was kidnapped, to her childhood sweetheart Uris, who has since married his brother. All of them, the abductees and those left behind, are traumatized. 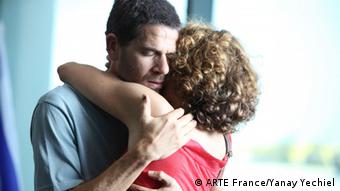 The series shows in a psychological depth of focus that these people, with all their fears and eccentricities, accompanied me through to sleep. As were the questions: Were Nimrod and Uri "turned around" by the kidnappers during their captivity and should they now carry out a terrorist attack in Israel? And: what happened to Amiel?

The plot also convinced the big studios in the USA. Right: "Homeland" (our picture above with leading actress Carrie Mathison / Claire Danes) is a further development of the Israeli series. And yes, I became a fan of the heroes Carrie and Quinn too. However, "Homeland" does not come close to the intensity that "Hatufim" achieves through slow observation. "Hatufim" is brutal, especially from a psychological perspective. The brutality is never used as a mere effect. (Sarah Hofmann)

The "crime scene" would be a flop in the USA. Therefore, as a native American, I am fascinated by the sustained success of the weekly crime film. "Tatort" is not an official series, but the personalities of the inspectors develop over several episodes: Freddy in Cologne does not get rid of his hip gold, Thiel in Münster does not get rid of his pot-smoking father. And Faber from Dortmund has a soft side despite the black humor. 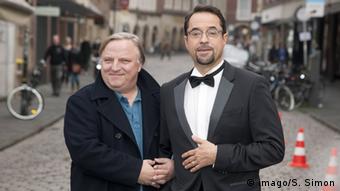 Jan Josef Liefers (r.) And Frank Thiel in the "Tatort" from Münster

The "crime scene" commissioners have wrinkles, curves, marital problems and all sorts of quirks. In contrast to American glossy TV, human beauty is not the focus. Where most of the US thrillers take place in the brothel or in the Manhattan club with lots of low-cut glittering dresses and accompanied by techno beats, the "Tatort" ventures into highly explosive topics such as asylum policy and racism and offers me, as an immigrant, valuable insights into German Psyche.

The slow cuts, the sometimes sluggish dialogues and the dark pictures are "typically German" (and not everyone's cup of tea). But after 12 years in Germany, the "Tatort" is still a highlight of my Sunday evening. (Kate Müser)