Courts receive a commission from cases

Nowadays bank employees are also often employed as financial advisors. But do banks really have the wellbeing of their customers in mind? The case of a highly speculative real estate fund shows that secret commissions were paid for the sale of financial products. The Supreme Court has now put a stop to this. Banks must inform customers about covert payments.

In the years 2002 to 2008, Austrian banks brokered holdings in real estate and shipping funds of the Hamburg investment house Münchmeyer Petersen Capital AG (MPC Capital) intensively to customers. We are talking about the so-called Holland Fund. What many investment clients did not know is that the supposedly safe investment was actually a company investment with a higher risk, according to Help lawyer Sebastian Schumacher.

From 2013, the investment properties lost their value in the course of the real estate crisis. Many private investors not only lost their deposits, they were also obliged, as participants, to repay distributions already received to aggrieved investors. Sebastian Schumacher represented a customer of Raiffeisen Landesbank Vienna - Lower Austria who had invested 350,000 euros in Holland funds.

One hour of financial advice for 10,500 euros

In such cases, banks usually charge a commission of five percent of the invested amount, the so-called agio, as a brokerage fee. In his case, they would be willing to reduce this premium to three percent, the bank advisor told his client at the time. His client had "already had a stomachache" to pay the three percent, says Schumacher. In absolute numbers, this was already a commission of 10,500 euros, according to the Help lawyer: "That's not exactly little for a one-hour consultation."

Since the bank had lowered the commission and made him feel like an important and good customer, Schumacher's client decided to accept the offer and signed the contract. In the course of the proceedings, however, it turned out that there were definitely reasons for the generosity of the Raiffeisen.

Finding commission behind the customer's back

What the customer did not know was that the bank had collected another three percent behind his back as an internal commission, as a so-called kickback payment, from the issuing house MPC Capital. MPC Capital paid Raiffeisen an additional commission of three percent of the investment amount so that the bank brokered the Holland funds. A lucrative business for the bank, says the help lawyer.

Raiffeisen Landesbank Wien - Niederösterreich sold several of these Holland funds exclusively between 2003 and 2007 and thus achieved higher commissions than other banks, according to Schumacher. In addition, there were internal training courses carried out by the issuing house MPC Capital. Gold ducats were even issued for individual products when Holland funds were brokered. If his client had known about all of this, he would not have made the investment and invested his capital in an investment apartment, the lawyer said.

No profit without kickback

The proceedings lasted five years and went to the Supreme Court twice. The highest court wanted to know whether the Raiffeisen Landesbank would have sold the investments even if no hidden commissions had flowed through the issuing house MPC Capital. The bank could not prove that. On the contrary. The product manager of the Holland Fund testified in court that the bank would only have been in the profit zone with a commission of 3.5 percent. However, since his client had negotiated the premium from five to three percent, Raiffeisen would have incurred a loss if it had not received additional commission payments from MPC Capital, according to Schumacher. The court therefore came to the conclusion that Raiffeisen would probably not have sold the Holland funds without a kickback payment. 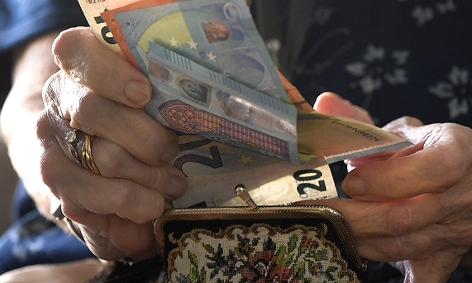 OGH: Hidden commissions are to be disclosed

Since the bank did not inform its customers about the commission payments by MPC Capital, they now have to pay compensation, according to Schumacher: "The customer can return his investment and receive his invested capital from the Raiffeisen Landesbank." The OGH has now confirmed its decision that banks must disclose commission payments. Should an investor notice that secret payments have been made behind their back, they can sue. In such a case, the bank could not invoke the statute of limitations, says Schumacher. A three-year limitation period only begins to run when the customer knows about the hidden commissions.

Jurist: acceptance of gifts to the detriment of the customer

There were secret kickback payments not only in the case of the Holland funds, but also in other investment transactions, says Help lawyer Schumacher. Thus, the decision of the Supreme Court is of far-reaching importance in the fight against corruption: “The Austrian courts are dealing with various political scandals where there have been forbidden acceptances or payments. Here, too, it is about the acceptance of gifts and commission payments that were to the detriment of the customer and for the benefit of the bank. "

The clarification of the Supreme Court is important for the Austrian banking landscape and also for customers, according to the lawyer. As a customer, you have the right to be informed about payment flows, and if the bank hides this in the course of advising customers, it must be liable for any damage. Raiffeisen did not want to comment on the current situation to help.ORF.at.

More on the subject: