How is St. Pauls Bristol UK

This gigantic, baroque cathedral in London, which was built in the late 17th century to replace the church from 604 that was destroyed in the fire in London, is known worldwide as the backdrop for numerous state ceremonies. St. Paul's Cathedral is the church of the Bishop of London and the Church of England and is one of the largest in the world. In 1981, Lady Diana and Prince Charles married here and all Queen Elizabeth II jubilees to the throne were celebrated here. Sad occasions, such as the funeral of Sir Winston Churchill, also took place in St. Paul's. The church still organizes regular services and hourly prayer times, but also offers guided tours for visitors.

The cathedral impresses with its dome, which is indirectly illuminated by a so-called opaion or dome eye. 528 steps lead up. Depending on the days of the year, the dome is exactly 365 feet high (the equivalent of 111 meters) and made the cathedral the tallest building in the city for a long time. Its whispered vault, a gallery 30 meters high, conducts the sound to the opposite side so that quiet words can also be understood by the opposite side. The organ in St. Paul’s is the third largest in the UK and has over 7,000 organ pipes. The magnificent high altar made of marble and gilded oak is also worth seeing.

In the crypt of St. Paul's, which is as long as the entire nave, important personalities such as the scientist Alexander Fleming, the painter William Turner and their in-house architect, Christopher Wren rest.

Where: St. Paul's Cathedral is located in central London about 300 meters from the banks of the Thames and has its own underground station. The cathedral is also in close proximity to the City Thameslink train station. Numerous buses stop at the cathedral. The nearest parking lot is on Queen Victoria Street.

When: The church opens daily at 8:30 a.m., the galleries at 9:30 a.m. On Sundays it is only open to worshipers. Note that larger bags and rucksacks are not permitted in St. Paul’s. 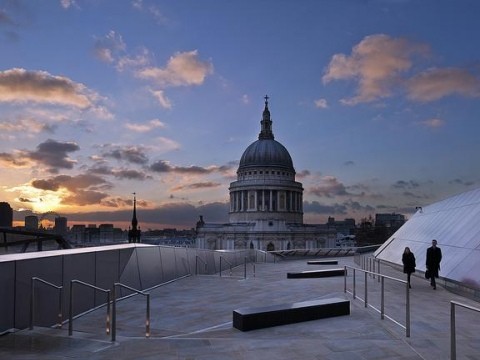 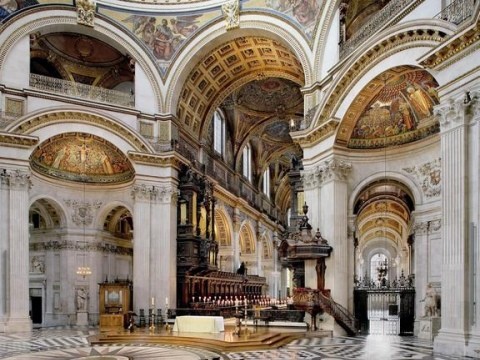