Which genre is telepop music breathe

Since the beginning of the nineties, France has become one of the top addresses for popular music. Initially, hip-hop activists such as MC Solaar or IAM find an international audience, but from the second half onwards, electronic sounds come into focus. Formations like Daft Punk, Air or Modjo, sound artists like Alex Gopher or Etienne de Crécy strengthen the reputation of the Grande Nation - and at the latest with Mirwai's production for Madonna, the whole world knows the potential of French electronics - the French House brand is on everyone's lips. 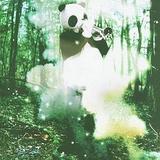 In this climate, the three long-time friends Stephan Haeri, Christophe Hétier and Fabrice Dumont released their first song "Sonic 75" on Source Lab in 1996 (a contribution for the well-known xxx sampler will follow). Nevertheless, they want to set themselves apart from their home superfathers: "The French have somehow stood still, Daft Punk doesn't change that either. They don't create new, typically French pop either." And it is precisely this mission that the three want to fulfill. The magic path does not exist, of course, and so they work together to translate their understanding of pop into notes, beats and sounds - Serge Gainsbourg was yesterday.

"We rarely produce together. One person has an idea, then the next one works on it. At some point the piece is finished and we go over it again together. Each of us has his own function here." Dumont, founding member of the band Autour De Lucie, which is relatively well-known in France, plucks other stringed instruments in addition to the bass. The trained sound engineer and electro-acoustician is the only one who can only live from music and is responsible for the arrangement. Haeri plays guitar, drums and keyboards and also takes care of programming.

Hétier is responsible for the samples, selects guest singers and, as a professional DJ with the Aka Antipop, always has the hottest records in his closet. The trio finds inspiration in early German electronics (Kraftwerk), the new French electricians, but also in classic guitar pop bands. French pop instead of French house - with telepop music it sounds like an elegant, organic fusion of electro pop, hip hop, house, nu-jazz and film music.

In April 2002 the trio, which stole their name from a second-hand shop for hi-fi systems, finally released the first long player Genetic World with numerous guests such as Angela McLusky, rapper Juice Aleem, Gonzales, Peaches or the former Earthling- Mann Soda Pop aka Mau. The relaxed potpourri also likes the car company Peugeot, which books telepop music for a commercial. The mastering of the atmospheric tunes between chill out and rough grooves is done by Alex Gopher - the British BBC is taking the record, which sells well worldwide, which is not exactly a matter of course for a French album, into the heavy rotation. An extensive tour with over 100 gigs from Moscow to South America follows.

For the video for the first single "Breathe" the French hired Joan Scott, daughter of the Bladerunner director Ridley Scott. This single then books Mitsubishi. The second album follows in 2005. "Angel Milk". Then the French disappear quietly into oblivion. Peugeot took the song "Ghost Girl" from 2009 - again and again in the years that followed, mostly "Breathe", in commercials or films.

Not until 2013 is there a new sign of life with the EP "Try Me Anyway / Fever". An album has apparently been in the making since then, with it originally slated to be released in early 2015. In the meantime, Télépopmusik are only a duo (Fabrice Dumont is no longer on board) and also operate under the solo Akas Antipop & 2square. Antipop has been a DJ since the band's heyday and co-founded the Refuge Records label in 2006. In June 2014 the single "Sound" feat. Mark Gardener, as part of another EP.

The announced third album cannot be seen at the beginning of 2016. But Télépopmusik have sold over 500,000 records worldwide by then, 350,000 of which are due to the Grammy nominated debut. Good things take time.