Why aren't there many animated documentaries out there?

German animation film
"When you think of animated films, you always think of children's films"

Animated film in Germany: the domestic industry is being slowed down, so to speak. | Photo (detail): © Trickfilm Festival Stuttgart

German animation film wrongly leads a shadowy existence. There are good film schools, the festivals are booming, but buyers are lacking and studios are closing. The film critic Lars Meyer gives insights into the world of animation in an interview.

Mr. Meyer, what developments and topics are there currently in the animation film genre?

As far as the artistic animation film is concerned, nowadays all topics and all techniques are up-to-date. They are films that are made in the universities and that you can usually see at festivals - be it at the Dresden Film Festival or DOK Leipzig, at Interfilm in Berlin or at the International Festival of Animated Film in Stuttgart. 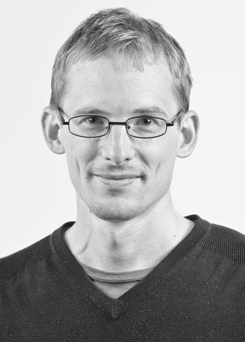 Photo: Bertram Bölkow These can be very personal films or animated documentaries such as, for example Warm water from the wall by Hendrik Niefeld. The aim was to outline the GDR's attitude towards life. But you can't say that there is a certain topic or a certain technique that will prevail. However, it has to be stated that animated films in Germany are primarily focused on children's films or are perceived as such. Most of what is done for television is children's film and mostly computer generated. Be it 2D or 3D animation. Still, all the old techniques still exist. It's not as if nobody knows how to make a cartoon or a puppet film, a laying trick or even a sand animation.

Is Animadoc a trend?

Animadoc is definitely a trend. It's not as new as it might sound, because back in the 1980s there were films that could be described as animated documentaries. But now there is also an awareness of this hybrid form. The term Animadoc emerged and it is on its way to becoming academic. Many filmmakers are intrigued by this, a famous example is Waltz with Bashir by Ari Folman. With Animadoc you can tell something that otherwise couldn't be told, for example when it comes to clarifying inner worlds. The classic of the animated documentary would be that you have an interview, a true document. But you don't depict the interview, but a different image level. Something animated that leads into the world of the protagonist. But it can also look completely different, for example in the Irish film Irish Folk Furniture by Tony Donoghue, which is about the restoration of old furniture that rolls around the countryside all the time.

There are really fantastic university films and training centers with excellent technical equipment: the Baden-Württemberg Film Academy, the “Konrad Wolf” University of Film and Television in Potsdam-Babelsberg and the Cologne International Film School are just catching up. The students can try their hand at it, they make films of high artistic quality, but then they face the market. And then, in principle, things don't go on for these young people. There are few buyers for these types of films and many of the graduates find their way to freelance graphic designers or commercials. But that is logically not what they want to do. Some leave the country and go to the United States. The Pixar Studios kiss our young film talent with a kiss. Or the graduates go to France, where there is a comparably large field of activity.

I have just read a statistic that even in Ireland and Luxembourg more animated films are produced than in Germany. The market here focuses primarily on children's films. Of course there are also film funding pots - but no quota that, as in France, determines how high the proportion of German animated films must be on television. The link between funding and television is great - but it only plays a minor role as a sales market for animated films. At most there is a development of the material, but the completion is then in question. The proportion of German animated films on television is six percent, and most of them are bought from abroad. This means that the local industry is being slowed down to a certain extent. The real problem, however, is that we hardly have any awareness of animated films. When it comes to animated films, one always thinks of children's films. That is a big misunderstanding.

How is this impression counteracted?

More and more studios had to close in the past. In order to stop this development, the professional association “AG Animationsfilm” was founded last year, where lobbying work is being intensified. Because most animated films are of course only shown on the public children's television channel KiKA.

Twelve years ago the “Animation Exchange Forum” was initiated under the umbrella of the Dresden Film Festival together with the Goethe Institute as the “Perspectives Exchange Forum for Animated Film”. This is where young Europeans meet who are just about to enter this difficult market. He exchanges ideas about tendencies, different conditions in the different countries and holds workshops together. In 2012, Latvia was the country focus, there was a collaboration with the Goethe Institute in Riga. In 2013 the Goethe-Institut in Tbilisi will be a partner. In Dresden there is a special appreciation for animation film. The German Institute for Animated Film (DIAF), which manages the legacy of the DEFA animation film studio, is also located there.

You are also on the selection committee of the DOK Leipzig. Which German animated film did you particularly like at the moment?

We viewed around 700 short films at the International Leipzig Festival for Documentary and Animated Film. Among them were a lot of great German films, even for two extra programs New German animation were summarized. I really liked the computer-animated film Rising Hope by Milen Vitanov. This is an animator who comes from Bulgaria but studied in Germany and lives in Berlin. It is the story of the racehorse Rising Hope, which was initially very successful and then fell into crisis. A classically told story with all the dramatic ups and downs, very funny and very nicely done.
<?