Foreigners can use WeChat Pay 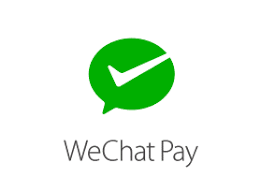 WeChat Pay is not familiar to most consumers in Germany. However, it should be known in the retail trade in metropolitan areas. The background is that this is a Payment system from China deals, which is also offered by local shops with the growing number of tourists from the Middle Kingdom.

WeChat as a payment system was developed in cooperation with Wirecard and used by around 960 million Chinese every day.

The essentials in brief:

What is WeChat Pay?

WeChat was originally a communication app, analogous to WhatsApp or Messenger. Over time, the app has been expanded to include more and more tools, ultimately also to include a payment system analogous to Google Pay or Apple Pay.

Who can use WeChat Pay?

WeChat Pay was originally reserved for Chinese users only. A link with a Chinese bank account or a Chinese credit card was required. It was not until the beginning of 2018 that the operators relaxed the requirements a little. However, the procedure is still so cumbersome that it is rather unattractive for German users. In order to use WeChat Pay, the app must first be downloaded to the mobile phone in mainland China, Taiwan, Hong Kong or Macau. The German user must therefore be on site.

If the app is on the mobile phone, the credit card is added via the "Wallet" tab.

The Chinese also use WeChat Pay to transfer funds from cell phone to cell phone. In order to be able to pay with “cash”, German users must first have money transferred from a Chinese user to their WeChat account if they cannot meet the requirements for using a credit card.

The University of Toronto realizes that WeChat is being used by the Chinese government for proactive internet censorship. By connecting WeChat Pay to a user's personal ID, all data is forwarded directly to government agencies. The data protection declaration provides for the consent for this. Critical images or keywords are filtered out of the sent messages in advance, and continuous movement profiles are created. Against the background of the planned bonus-malus system for good or bad behavior of citizens, WeChat Pay provides valuable services.

For German consumers, WeChat Pay is not a real alternative as a payment system. The situation is different with retailers. Anyone who wants to inspire Chinese tourists for their business and increase their willingness to buy should definitely introduce WeChat Pay as a payment option.