It all started with Nintendo: The traditional Japanese manufacturer announced the NES Classic Mini almost three years ago - a miniature version of the old 8-bit console with 30 pre-installed games. The news hit like a bomb: within a very short time, the charming retro game system was sold out everywhere. Then the Japanese struck again successfully: The SNES Classic Mini with 21 games, available since September 2017, was also immediately sold out. Meanwhile, Sony has jumped on the frenzied retro bandwagon and launched the PlayStation Classic. Now the good news: Other manufacturers are also releasing these cult console remakes - and some have been doing so for years! 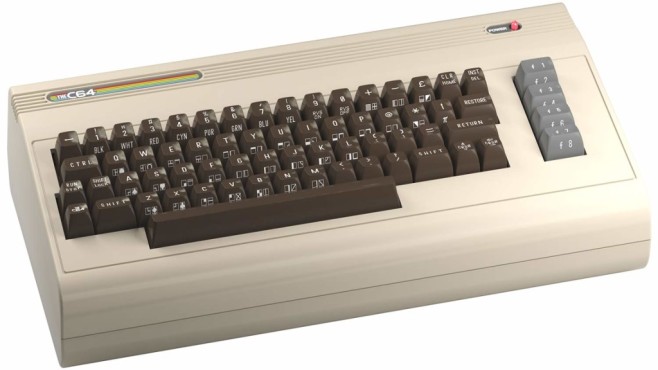 The C64 Maxi will be released on December 5th with 64 preinstalled games.

As Koch Media recently announced in an official press release, the British manufacturer is currently working on "The C64 Maxi" - and the name says it all. From December 5, 2019, you will receive a full-size C64 including a fully functional keyboard and another 64 preinstalled games at a price of 119.99 euros. Including classics like “California Games”, “Paradroid” and “Boulder Dash”. New are the titles "Attack of the Mutant Camels", "Hover Bovver", "Iridis Alpha", "Gridrunner" and the two recently released games "Galencia" and the text adventure "Planet of Death".
Retro Ltd. wants the quality of the microswitch joystick included in the scope of delivery. have improved. The computer itself has four USB ports and an HDMI port as well as three operating modes. You can use "The C64 Maxi" either in the original C64 Basic operating system, in the VIC20 Basic version or with a more modern, graphic selection of games. The games are played either with a refresh rate of 50 or 60 Hertz and an optional CRT filter for an authentic tube television look. Further details and a trailer for the device can be found on the official manufacturer website. 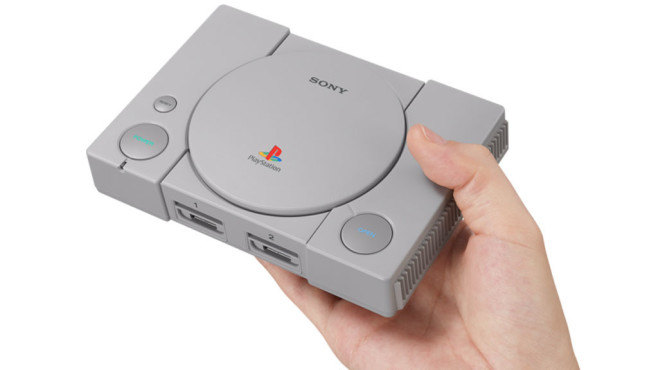 The PlayStation Classic will be released on December 3rd with 20 games preinstalled.

On December 3, 2018, Sony's PSOne replica appeared as an evaporated mini-console with pre-installed games. With dimensions of 149x33x105 millimeters, the device is said to be 45 percent smaller than the original. Sony delivers a full 20 titles with the console. Including "GTA", "Resident Evil", "Metal Gear Solid" and "Final Fantasy VII". You can switch between the titles by pressing the “Open” button on the console. The PlayStation Classic costs 99 euros in Germany. In addition to an HDMI and USB cable, the scope of delivery also includes two classic PlayStation controllers. Unfortunately, the console couldn't really score with either critics or fans - there were simply too many shortcomings. 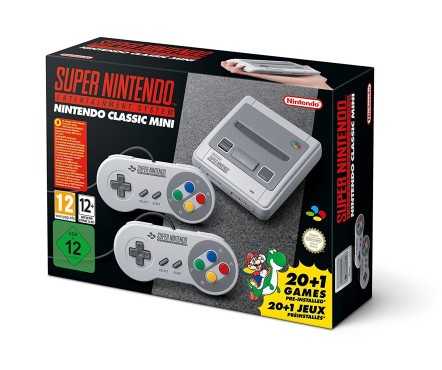 In addition to 20 SNES classics, the previously never released Starfox 2 is also included.

Anyone who experienced the golden Super Nintendo era in the 90s can hardly avoid the little wonder box. Most of the games are great classics that are still fun today. The console, lovingly modeled on the original, including pads, is a great piece of jewelry. The game collection enables an entertaining journey through time to the Super Nintendo range of the 90s: genres such as platforming ("Donkey Kong"), role-playing games ("Final Fantasy") ), Fighting games (“Street Fighter II”), action (“Star Fox”) and racing games (“F-Zero”) arouse nostalgic feelings. It is noticeable that 2D games like “Zelda” have aged much better than 3D games like “Mario Kart”: As soon as the game characters are zoomed in three-dimensionally, they look incredibly pixelated and unattractive to today's gamer. However, this irritating effect disappears after a while - if you have a few years under your belt, you will feel transported to the years before the turn of the millennium. By the way: In addition to well-known classics, Nintendo is also delivering the SNES Classic Mini with a new addition: With "Star Fox 2", a previously unpublished game is on the small box! The continuation of the successful science fiction adventure “Starwing” is just one of the numerous highlights that are delivered with the console.
Nintendo Classic Mini: Order Super Nintendo Entertainment System from Amazon 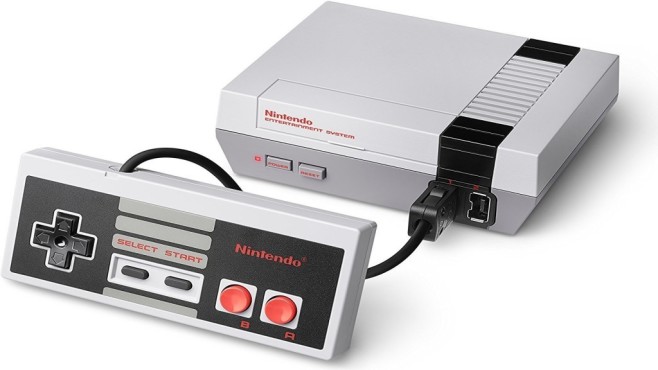 Nintendo's 8-bit mini-console has 30 classic games on board.

Nintendo wakes up the child in the gamer again! The Japanese have done everything right with the Nintendo Classic Mini and are making life difficult for Sony's PS4 Pro. The selection of games leaves nothing to be desired for the normal daddler, the technology is reminiscent of the big NES brother from 30 years ago with modern connections and the price-performance ratio is also impressive. The controller cable could have been longer. If you put the Mini-Nintendo under the Christmas tree, you won't go wrong - and lead the youngsters to old game pearls. 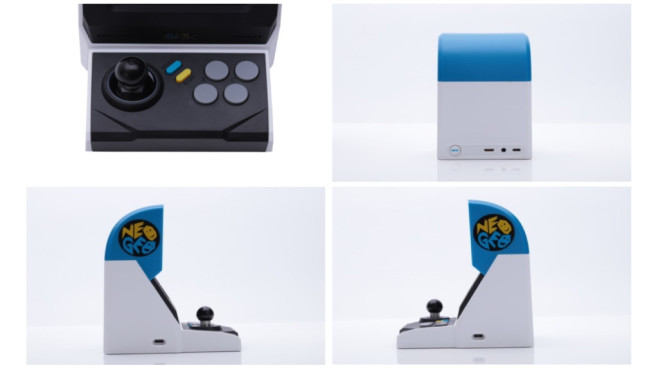 The Neo Geo Mini comes as a miniature slot machine, but can also be connected to a TV.

In the 1990s, only well-heeled gamers could afford the luxury Neo Geo game console from SNK. In return, they were offered 2D games in a splendid array of pixels that made Nintendo and Sega fans green with envy. Now there is the luxury device in the mini machine version for an affordable 130 euros. Thanks to the mini stick and mini display (3.5 inches), you can even play games without a TV. And not that bad at all. However, it is still advisable to buy matching mini-pads for 30 euros each, which dock on the side of the console via USB-C. The 40 included games shine in their old glory on the television via an HDMI cable. Many of the legendary action titles like "King of Fighters", "Metal Slug" and "Samurai Showdown" are still a lot of fun, especially for two. However, one would have wished for a broader selection of game titles. 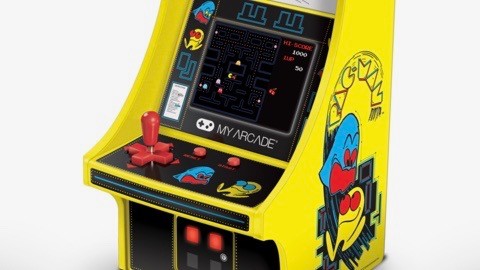 In addition to the Pac-Man machine, there are nine other machines such as Mappy, Galaxian and Galaga. More are to follow.

The mini slot machines from My Arcade bring the arcade flair of the 80s and 90s into your living room while saving space and budget. The approximately 17 centimeters small devices (30 euros each) resemble their large historical models down to the last detail, including the painting. Each machine houses an authentic emulation of the respective original game. Including real arcade classics like DiG-Dug, Pac-Man and Galaga. The screens are quite small at 2.75 inches, as are the detachable mini joysticks and game buttons. But that's enough for a relaxed game in between. Power is supplied either via a microUSB cable or four AAA batteries. More mini machines are to follow. 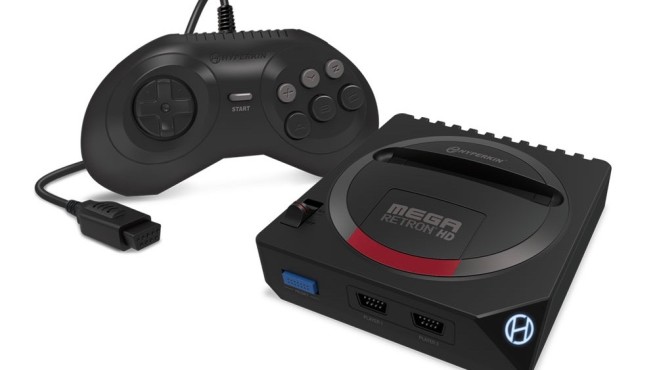 The Retron consoles are available in three versions as replicas of the Atari VCS 2600, Sega Mega Drive and Super Nintendo.

New editions of classic consoles in mini format do not meet with approval from all retro fans. Biggest points of criticism: weak emulations, and loading new games is not planned. Those who like it more authentic can either use the originals from the flea market or buy replicas like these retron consoles. The Daddelkisten with nostalgia factor have module slots for the original game modules and HDMI connections to dock on the TV. The game graphics are then output in 720p. Replicas of the Atari VCS 2600, Sega Mega Drive and Super Nintendo are available for around 80 euros each. 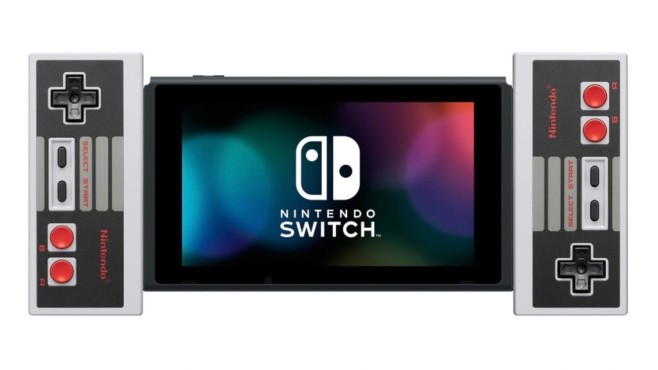 The NES controllers will be released for the Nintendo Switch in mid-December. They can only be ordered by Switch Online subscribers.

It took a long time, but the Nintendo Switch online service has now also started. For 20 euros a year, owners of the hybrid console can not only play online and use cloud storage, but also get more than 20 NES games. This includes real classics like "The Legend of Zelda", "Super Mario Bros. 3" and "Gradius". The manufacturer wants to add new titles on a regular basis. If you want to experience the games as true to the original as possible, you can order the pair directly from Nintendo for 60 euros. Connected to the sides of the switch console, however, the gray blocks do not make a particularly nice impression. 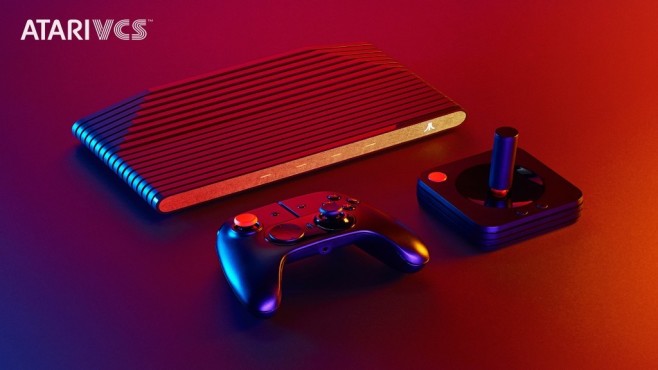 The new Atari VCS will be delivered in July 2019.

In the meantime, not only has the delivery date of the promising Ataribox been postponed several times, but the name has also been changed to Atari VCS. At over $ 3 million, however, the crowdfunding target was exceeded by a whopping 2865 percent and the console is set to be shipped to its first proud owners in July 2019. The Atari VCS differs from the retro consoles from Sony and Nintendo in one particular detail: Internet connection should turn the chic-looking box into a real entertainment system. In addition to the 100 preinstalled games, more can be downloaded. 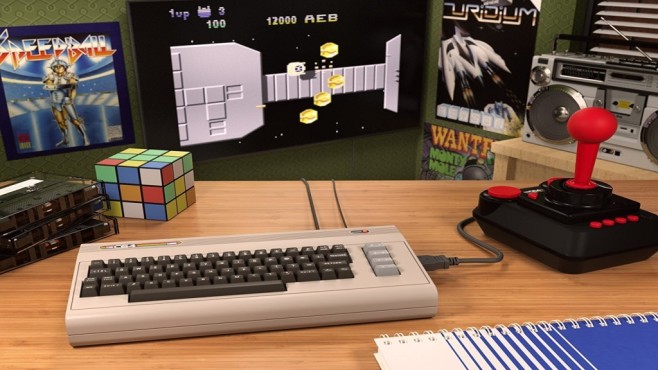 The C64 Mini is distributed by Koch Media.

The home computer veteran Commodore 64 laid the basis for a lifelong daddling passion for many gamblers. The joy was correspondingly great when Koch Media announced a new edition of the 1982 cult computer in miniature format at the end of 2017. Last March, the time had come when the small retro computer hit the shelves - and made faces look long. The main reason for this was a delayed transmission of joystick inputs, which hindered the fun of many gamblers. The problem of the so-called input lag should now be resolved thanks to a firmware update. In addition, with another patch, the developers have now added an option to easily expand the game library.