Why don't more men get prenups Tomkat, this slightly bizarre phenomenon, is no more. Tom Cruise and Katie Holmes are getting divorced. And while there is still speculation about the reasons, the consequences are already clear, at least to the extent that Katie Holmes will be financially fine after the divorce. Some say: Better than without marriage, although they assume Katie's previous earnings as an actress, and since the wedding in 2006 they went down the drain. Anyways, the point is: there is a prenuptial agreement (short: prenup), i.e. a marriage contract that regulates exactly who can assert which financial claims in the event of a divorce. Just like at that time with Britney and Kevin Federline, now known as Fed-Ex. And in contrast to Reese Witherspoon and Ryan Philippe, for example. They didn't sign a prenuptial agreement before they got married somewhat hastily in 1999 (Reese Witherspoon was five months pregnant at the time). That was good for Philippe, because Reese Witherspoon was one of the highest-paid actresses in Hollywood when the couple divorced in 2007. Without prenup, however, all income during the marriage is divided equally between the spouses under California law in the event of a divorce.

Reports of property disputes in spectacular divorces are our daily bread. What is rarely reported, however, is: How did Britney and Kevin, Ryan and Reese, Tom and Katie actually split their money when they were still married? And it is no wonder that one learns so little about it, because internal marital (or intra-partnership) financial structuring is one of the last big taboos in our almost everything-expressing society. It is not infrequently the financial behavior of one or the other side during the partnership that (in addition to infidelity) then ultimately represents one of the main reasons for separation. Ranks as a reason for divorce far before death. Only very young people believe that love can withstand money problems forever. Couples like to argue about money. But how should you regulate your financial situation in a community? For example, does the regulation depend on the length of the partnership or a prosperity gap between the partners? And who is allowed to spend what on what?

First of all, it is amazing how many couples in Western Europe completely separate money and love. While it is difficult to reconcile with our media-driven ideal of true romance, for example, that a couple does not have a single common place of residence, it is obviously not a problem for many couples not to have a common bank account. Not to mention the total pooling of finances. The complete pooling of finances is evidently seen in our part of the world as such a pronounced proof of love that a joint account, for example, is seen by Swiss immigration authorities as a good argument for the actual existence of a relationship when it comes to uncovering fictitious marriages, for example for reasons of residence law.

Separate coffers until death intervenes - that is the tacit self-evident fact, about which there is not much talked about either inside or outside the relationship. The fact that one understands money and love as a pair of opposites obviously leads to the absurd conclusion that everyone is left with their money. Usually money, which is an embarrassing topic for most people anyway, is simply excluded in partnerships. That means: everyone continues with their money as before, and the embarrassment of regular settlements and receipt comparisons, of all people, who is officially the most dearest of all, is accepted without further ado. Or not felt at all. "You are the love of my life, but I would like to have separate bedrooms", would probably sound irritating to most people - "You are the love of my life, but I earn three times as much as you, and therefore I would like to have separate coffers" on the other hand, many would accept, although it must be said clearly that it is completely unacceptable, petty and trustless.

Trust is the most important thing. Aside from humor, trust is the only lasting foundation of human relationships, and if you trust each other, joint finances make life as a couple much easier organisationally, while on the other hand there is no danger that one partner suddenly buys an Aston Martin without consulting the other . If you don't trust each other, you should of course refrain from joint accounts, because people are absolutely right - but above all, two people who don't trust each other should not have a relationship, and this conclusion is obviously more difficult for most people. Because the old golden rule is apparently difficult to obey Disconnect Before It's Too Late (DBITL), recently repeated by Chloe McGruff in Don’t Trust The B.

Of course, in financial matters it promotes trust if both partners earn about the same amount and bring about the same starting capital into the relationship. Today, the conditions for this in our society are better than ever before, because we no longer live in times when the only possibility for women to earn a comfortable income is through a lucrative care marriage. But even if social reality is no longer structured in such a way that the man earns the money and the woman spends it, it is undoubtedly correct that women and men treat money differently, which could be responsible for the fact that between (unconscious) mistrust is still present in the sexes. There is scientific evidence that the consumption, savings and investment behavior of women differ significantly from that of men. It is more likely that it belongs to the realm of clichés that men like to spontaneously buy half a home improvement store empty or have a penchant for senseless, pseudo-technical gimmicks. What has been proven, however, is that the prestige of objects for sale is important for men and that they tend to go to stores with a specific purchase goal, while women enter a store primarily to take a look around. Women also buy status objects such as jewelry not primarily to increase their social standing, but to look prettier. (In the past, when men regularly paid for the jewelery, women could more easily get larger jewels if they declared the expenses as representation costs. That is the timeless logic of Lorelei Lee, which, by the way, is still valid in certain social spheres today. Somehow, this fits This quote from a South African diamond trader: “Women prefer size over quality.” But that's another story.) When it comes to investing and saving behavior, according to the research of economist Renate Schubert from ETH Zurich, women tend to prefer conventional, that means less risky investments than men.

While one cannot assume, based on these findings, that one sex a priori dealt more lightly with money than the other, it is by the way not infrequently women who value separate coffers because the feeling of independence is particularly important to them is. "This is my money and I can do what I want with it!" is a justification often heard by women for going it alone financially, also in a partnership. Apart from the fact that this independence does not automatically expire as a result of the introduction of joint finances - the strict financial separation is usually uneconomical, as it is associated with costs. However, these are regularly so-called opportunity costs, and this is a concept from the sphere of economics that, absurdly, can very rarely be made clear to the worst of miser.

The inefficiency of avarice

Opportunity costs quantify the lost benefit that is always associated with the decision to take a certain action. A petty handling of money is now usually characterized by the fact that those affected rate their own time with almost zero. A real black man, for example, would rather wash his car himself for three hours than spend 39 francs in the car wash, although this means that he rates his own lost leisure time at less than 13 francs per hour (assuming that he is responsible for car washing is not fun and the car wash takes practically no time). If you now look at separate coffers in marriage from an economic perspective, the mutual accounting, evidence, controls, possibly also strategic games and smaller white and larger gray lies are associated with so considerable costs, especially time costs and emotional costs, that every reasonable (ie here: economically rational acting) person would have to refrain from it immediately. But, as I said, many people have an underdeveloped sense of their own time and nerve costs and an overdeveloped sense of the absolute 39 francs. But - would you like to live with such a being? Or maybe you are already doing that? Then let me remind you of Chloe: Disconnect Before It's Too Late. 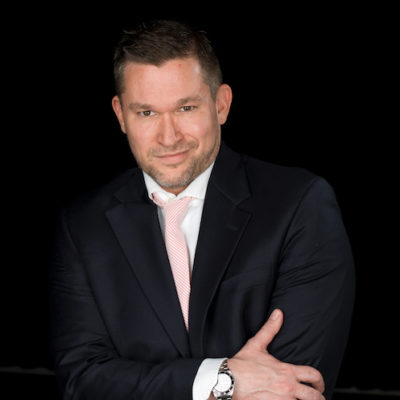