What is Pride Month

Pride Month - why we celebrate it, why we need it

June is considered Pride Month: in memory of the Stonewall uprising of 1969, a particularly large number of demonstrations and events take place at this time that campaign for the rights of homosexuals, bisexuals and transsexuals *.

Perhaps you have already noticed it on the streets, in the media or on social networks: rainbow flags are being hoisted. Bloggers recommend queer books on Instagram. (Queer is a collective term that includes all non-heteronormative gender identities.) Lesbians, gays, bisexuals and transsexuals demonstrate against exclusion and for their rights. Pride Parades take place worldwide, better known in this country as Christopher Street Days.

And the street demonstrations are called that because it all started there: in New York's Christopher Street.

What was the Stonewall Riot?

There is the legendary one Stonewall Inn. On the night of June 27-28, 1969, sexual minorities in the trendy bar vehemently resisted police violence for the first time. The event marked the turning point in the struggle of the gay and lesbian movement for equality.

Why did the uprising happen?

Even in supposedly progressive America, the living conditions for queer people were anything but rosy in the 1960s. Not only were they socially ostracized. Those who come out as homosexual or transsexual usually lose their job and often the support of their family as well. Same-sex sex was considered a crime, as was wearing clothing that did not correspond to one's biological sex.

Even in New York, which at that time was already considered a stronghold of queer subculture, homosexuals and transsexuals were reviled and regularly picked up by the police. For a long time there was no liquor license for bars with queer audiences.

The bars still existed, of course, as well as drag queens, gay sex and queer life. The bars, including the Stonewall Inn, were often run by the mafia. The black market flourished, which of course was an additional thorn in the side of the city. Therefore raids took place regularly.

Nevertheless, transgender, gays and lesbians found themselves there. They found a place to party in bars like the Stonewall Inn. There they could meet friends and lovers, be themselves for a while, not "abnormal". You even endured the raids, endured police violence, risked your identity being made public and life as it was known in everyday life being destroyed as a result. It must have been hell.

And when the police broke into the Stonewall Inn in the early morning hours of June 28, 1969, their visitors decided not to put up with these humiliations and to fight back.

The Ann Bausum is described very intensively and informatively in the audio book STONEWALL - Breaking Out the Fight for Gay Rights the whole thing.

What happened on Christopher Street?

Even if Roland Emmerich's 2015 film suggests otherwise: The Stonewall Inn was mainly visited by Latinos and African-Americans, by lesbian women as well as by young people living on the streets who had been kicked out of their homes after they came out. The visitors to the Stonewall Inn formed a fringe group in the fringe group.

The bar was packed that night in 1969 - and the raid got out of hand. This may not least have been due to the fact that the New York police usually had the bar operators pay a decent bribe to announce a raid beforehand - and to carry it out so early in the evening that the main operations of the bars were not particularly disrupted. A lot of money must have changed hands at that time.

On June 28, 1969 it was different. The police did not warn the operators of the Stonewall Inn - and did not arrive until well after midnight. At first everything went as usual: People were arrested who could not identify themselves or who did not dress according to their biological sex. As usual, visitors to the bar let themselves be driven outside. However, when the police became unnecessarily rude during the arrests, things got out of hand.

The bar visitors, who had been humiliated and mistreated for years because of their sexual identities, expressed their solidarity. At first they only pelted the police with coins, then with drinking bottles and finally even with stones. And because the Stonewall Inn was on Christopher Street in the middle of the vibrant queer neighborhood of New York, more and more people joined the resistance. Together they succeeded in routing the police. This success spurred people on. We no longer put up with thatmany must have thought. The gay pride movement began.

What is meant by Gay Pride is above all that queer people no longer want to be ashamed of being who they are. That they stand by being who they are and that they do not want to be stigmatized or marginalized for doing so. That a non-heteronormative life is also worth living. That all people are the same. The fight for equality was no longer just about decriminalization. Since then it's about tolerance - and about queer self-confidence.

The fight against police arbitrariness in front of the Stonewall Inn was the prelude to days of street battles in New York's gay district. The anger and disappointment at the inhuman treatment that queer people had been exposed to all their lives could no longer be contained.

It took a while for the situation to calm down. The drag queens and lesbians and gays put stones and bottles down. But her fighting spirit was awakened and that gave the lesbian and gay movement a powerful boost. The openly homosexual liberation movement was formed.

In 1970 they organized a march through New York in commemoration of the Stonewall uprising and thus the decisive turning point in the struggle for equality. That was the first CSD, so to speak.

Meanwhile, CSDs and Pride Parades take place worldwide. They have existed in Germany since 1979. In Germany they began in Berlin and Bremen. This year, in June 1969, World Pride takes place in New York - commemorating the 50th anniversary of the Stonewall uprising.

What came after Stonewall?

With Stonewall the battle for equality took a decisive turn, but it was not over. Society became more liberal only very slowly.

In 1977, Harvey Milk was elected to the city council in San Francisco as the first openly gay politician. Shortly afterwards, however, he was shot dead in town hall by former councilor Dan White. Because of his ridiculously mild conviction for the murder (seven years in prison for manslaughter), the battle between the police and the queer community broke out in San Francisco in 1979.

In the 1980s, with the outbreak of the AIDS crisis, there was renewed social ostracism. The government has long refused to provide funds to the authorities to research a cure or treatment. 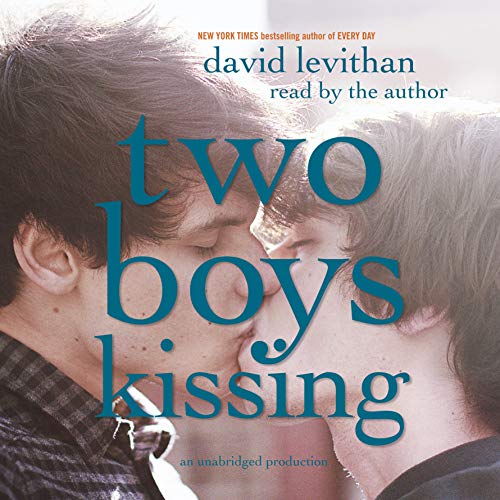 The US author David Levithan made a very moving statement on this in his outstanding youth book Two Boys Kissing.

The second season of American Crime Story shows how difficult it was to live openly gay in the 1990s.

Gay Pride - do we still need it today?

Much has happened. For example, in Germany we finally have marriage for everyone. But that doesn't mean all is well.

The word "gay" is still considered a dirty word not only in schools. Politicians make fun of transgender people. Many queer young people are afraid of the future or are ashamed to stand by what they are. The suicide rate of queer youth is four to seven times higher than that of heterosexual youth.

I like homosexuality in Germany no longer punishable since 1994 be. But in almost forty countries it is still different today. In some of them there is even the death penalty.

A few days ago two lesbians were attacked and injured in a public bus in London.

In Berlin, a man was sprayed with irritant gas in front of a gay bar at the weekend.

In Russia homosexuality is taboo.

In Germany, no active football professional would come up with the idea of ​​coming out.

And unlike in previous years in 2019, the USA has not yet officially allowed its embassies to hoist rainbow flags as a sign of solidarity.

If you want to visit a CSD this summer and / or run on a parade, you will find all the dates here.