How to Unblock WhatsApp in China 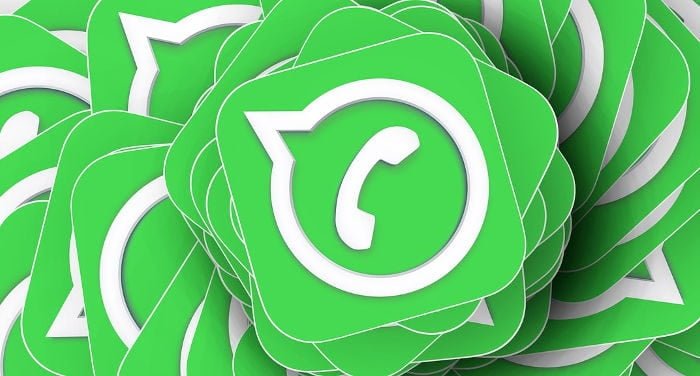 In this article we will explain step by step how to use WhatsApp in China.

What do you need to be able to use WhatsApp in China?

It's pretty easy to use WhatsApp in China and you only need two things to do it:

It is obvious that you have to be connected to the internet if you want to use WhatsApp. As I will explain below, it is fairly easy to connect to the Internet in China.

2. An app to bypass the Great Firewall

The Great Firewall of China is the reason many websites and apps are inaccessible in China.

You don't have to be an expert to bypass the Great Firewall. You can simply download an app on your mobile phone with which you can access a virtual private network or VPN.

Currently, VPNs are the easiest and most efficient way to bypass the Great Firewall.

What is a VPN?

To put it simply, is a VPN or Virtual Private Network a system that encrypts your Internet connection and hides your IP address (which detects the location from which you are connected to the internet).

With a VPN you can improve your security (thanks to the encryption it is impossible for third parties to see what you are doing online) and bypass certain restrictions on internet use (be it geographic restrictions or the blocking of certain websites in certain countries, such as China).

When you use a VPN, it basically looks like you're connected to the internet from where the VPN server is, rather than where you actually are.

At this point it should be said that a VPN does not automatically provide you with Internet access. It just hides your online activity and identity.

Which VPN do we recommend for China?

Before you install the first best VPN app you can find, know that most VPNs don't work in china.

At SDC, we typically recommend ExpressVPNas it is one of the fastest VPNs in China, usually has no connection problems and is very easy to use.

Nonetheless, you can also check out our in-depth guide to the best VPNs for China (updated monthly).

What Precautions Should One Take Before Going to China?

If you plan to use WhatsApp in China, you should prepare accordingly before traveling to the country. The problem is, it can be quite difficult to get a VPN if you're already in China. VPN websites are usually blocked and you cannot download their apps in local app markets or the Apple Appstore (Google Play is also blocked).

1. Download the app of the VPN you have chosen

Downloading VPN apps is free and can be done easily from Google Play or the Apple AppStore.

2. Buy the VPN package before going to China

To avoid problems in China, you should purchase the appropriate VPN package before traveling to China.

The problem is that many VPN websites are blocked in China and although they usually have mirror pages that can be accessed from China, they are also often blocked. To save you trouble, lock up the VPN before going to China!

What do you have to do to be able to use WhatsApp once you arrive in China?

1. Connect to the internet

It's pretty easy to get internet access in China. The following options are available for this:

WIRELESS INTERNET ACCESS: There are extensive public WiFi networks in China. The vast majority of hotels, cafes, bars and airports offer their customers free WiFi. Still, you should keep in mind that the quality of these connections is usually quite poor, and the farther you are from metropolitan areas, the more difficult it will be to find public Wi-Fi networks.

Local SIM card: Getting a prepaid SIM card with internet access is pretty easy and cheap. All you have to do is go to one of the shops of the major telephone companies (China Mobile, China Unicom or China Telecom) with your passport. Usually 200 yuan is enough for a month: 50 yuan to buy the SIM card and 150 yuan for a monthly data plan and a few phone calls.

Roaming: While roaming can be useful in an emergency, it is usually quite expensive to even enable it. Also, it is very likely that it will not work with most international cellular carriers. Last but not least, it should be said at this point that some people have simply bypassed the Internet restrictions by using roaming. However, you shouldn't rely on it.

2. Connect to your VPN

Once you've bought a VPN package and downloaded the app, it's usually pretty easy to connect to. Enter your login details (email / username and password), select a server (or let the VPN choose one for you) and connect to the VPN. After a short time (between a few seconds and a few minutes) you will be connected to the VPN and have unlimited access to the internet.

It is recommended that you connect to servers that are near China (such as Hong Kong, Japan, or Korea) as these usually have the fastest connections.

If for whatever reason you're unable to connect to your VPN, make sure you can communicate with your VPN provider so they can tell you how best to customize it for China.

Keep in mind that not all VPNs work in China and not all of them offer efficient customer service. So be sure to choose a good VPN because quality has its price, in the end.

Once connected to the VPN, you shouldn't have any problems using WhatsApp to send messages or files, or even make video calls (although they can be a little slow at times).

If you have problems with WhatsApp with an activated VPN, it can help to restart the WhatsApp app (without disconnecting the VPN). If this problem persists, you should contact your VPN provider (they usually have 24/7 customer service) so they can tell you what to adjust to improve your connection in China.

Alternatives to WhatsApp in China

WhatsApp isn't the only messaging app that is banned in China. Other popular apps, like Telegram, Snapchat, and Line, don't work either. However, as with all apps blocked in China, there are local alternatives. In this case the alternative is called WeChat or 微 信 (Weixin) in Chinese.

WeChat is similar to WhatsApp but is much more than that, as it is used in China as a social network and as a microblogging platform and also offers other services, such as booking taxis or a payment system. If you want to learn more about WeChat, you can read our complete guide on it.