How concerned are the Lebanese about ISIS

The Jordan-Iraqi border crossing is a lonely checkpoint, somewhere in the seemingly endless yellow-brown desert between the Jordanian capital Amman and Baghdad. Actually, customs officers of the Iraqi central government should regulate entry and exit here. But the Iraqi central government has nothing to report at the Jordanian-Iraqi border. Sunni militiamen, allies of the terrorist group ISIS, have taken control of the border post.

It's just one more building block in ISIS’s advance in Iraq. In Amman, however, the news of the occupation of the border post caused great concern. The Jordanian interior minister said his country was "surrounded by extremists". The government has put its troops on alert on the border with Iraq. The kingdom has mobilized dozens of associations along the border, it was said from military circles. 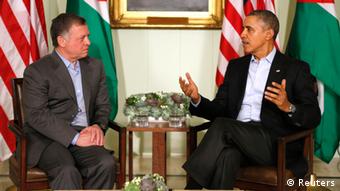 The US is also concerned: President Barack Obama warned that the advance of the jihadists could "spill over into Jordan" from Iraq. US Secretary of State John Kerry said ISIS was "a threat to the entire region". No country is safe from this type of terror. Jordan is a key US ally in the region.

André Bank is a Middle East expert at the Hamburg Giga Institute. The goal of ISIS is to establish an Islamic state in Iraq and what is known as Greater Syria, he explains. "This not only refers to today's Syria, parts of Iraq, Lebanon and large parts of Palestine, but also large parts of Jordan."

This claim is also reflected in a propaganda video that the group posted on the Internet last week. It features five fighters, supposedly from Great Britain and Australia. "We don't know any borders," explains one of the men. "We fought in Syria, in a few days we will move to Iraq, and we will also go to Jordan and Lebanon. Wherever our leader sends us."

But maybe that's just propaganda, at least for now. André Bank thinks it is unlikely at the moment that the ISIS fighters will invade Jordan. Because while they are faced with a demoralized army in Iraq that surrendered large parts of the country as good as without a fight, the Jordanian military is considered to be much more capable of fighting. "The Jordanian security apparatus is one of the strongest in the region. The border installations are very strongly secured." But ISIS could try to destabilize Jordan through terrorist attacks. It wouldn't be the first time Jordan has been a target for terrorists. In 2005, more than 50 people died in three attacks on luxury hotels. Behind it was the terrorist group "Al-Qaeda in Iraq", the predecessor of ISIS. Their leader: the Jordanian Abu Musab al-Zarqawi.

Ramzy Mardini is a security professional with the Atlantic Council and lives in Amman. He believes that radical groups may have already built terror cells within Jordan. The country is home to an increasing number of jihadists, explains Mardini. This was also evident last Friday (June 20th, 2014). Around 200 ISIS supporters took to the streets in the southern Jordanian city of Maan. On banners they declared their city the "Fallujah of Jordan". The Iraqi city of Fallujah is a stronghold of radical Islamists.

The "vast majority of the population" is against extremists like ISIS, believes Marwan Muasher, former Jordanian foreign minister and now vice president of the Carnegie Endowment research institute. "The threat that ISIS poses to Jordan cannot be compared to the threat that the organization poses to Syria or Iraq." ISIS is a security threat, but not an "existential threat".

Stable, but in need of reform

André Bank also believes that Jordan's head of state King Abdullah II is "relatively firmly in the saddle". Also because the king is supported by the western states, by Israel, but also by the Gulf monarchies. Nevertheless, the country faces major problems. Jordan has taken in hundreds of thousands of refugees from Syria. The economy is ailing, many people are unemployed.

This Tuesday, King Abdullah is visiting Berlin. There he also meets Chancellor Angela Merkel. Germany has to pursue a two-pronged strategy in dealing with Jordan, demands the bank. The support of the Jordanians in dealing with the refugee crisis must be increased. Long-term help, however, should be linked to conditions. Because without a further political opening of the still authoritarian ruled Jordan and a socially more balanced economic policy, there is a threat of strengthening the extremists here too.