Something useful today: 13 mobile marketing app tips from the veteran

Mobile marketing is not that easy and many are surprised at how confusing the topic is. An old friend of the rock stars - performance marketing veteran Ingo Kamps - told us his 13 best apps: 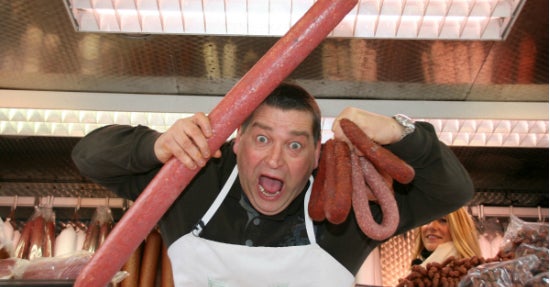 Wurst-Achim does marketing in his mobile (on the markets of the world). Please excuse the joke ... (Photo: Guild of Barkers)

Every industry expert under the age of 40 with a functioning brain has now noticed that "mobile" is somehow an issue. After many years in classic affiliate marketing, our old friend Ingo Kamps has recently digged deeper into mobile marketing topics. We have collected his 13 app recommendations for mobile marketing and are sure that there is still something new for the normal mobile maker. 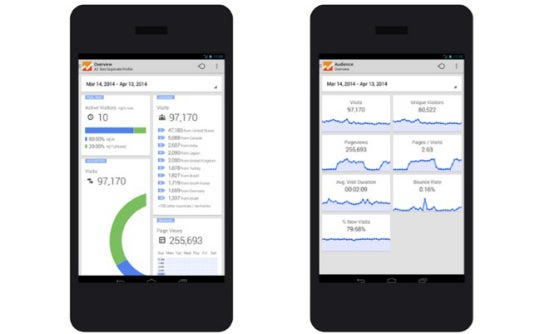 You don't necessarily need a paid tool for simple performance analyzes of your own app. Important data can also be obtained with Google Analytics, which can be used free of charge. This includes the origin of the user, their in-app activities, demographic data and much more. The Google Analytics app is available free of charge for Android and iOS. 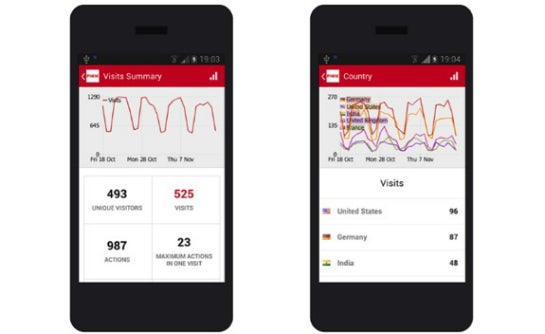 Piwik, which is now called Matomo, is also a free alternative to Google Analytics and is therefore also suitable for analyzing your own apps. For example, the number of active users, their session length, buttons clicked, the number of app openings and much more can be tracked. With the Piwik app, the numbers are also available on the go on a smartphone or tablet (Android and iOS). 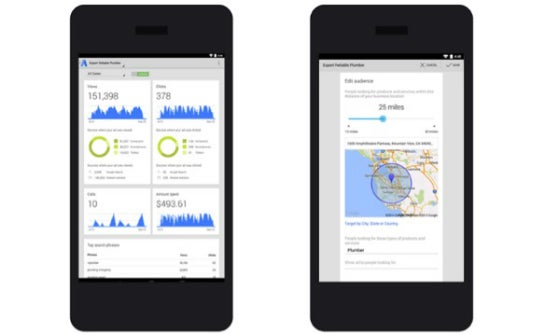 AdWords Express is a slimmed-down version of Google AdWords and enables the quick creation of pay per click ads for brick-and-mortar stores. Special mobile elements such as an action button for the telephone number can be integrated directly into the advertisements. The advertising statistics can then also be called up using the AdWords Express app, which is available free of charge for Android and iOS. 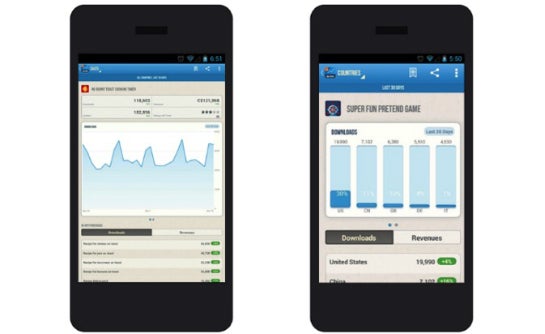 App Annie is software for analyzing the usage of your own apps. With App Annie, for example, the number of downloads and the amount of in-app sales can be measured. With the app, which is available for Android and iOS, it is possible to call up the statistical data received while on the move with a smartphone or tablet (Android and iOS).

Appstatics can be used to check how the ranking of a specific app is developing within the Apple App Store. The statistics can be collected for several countries. Various additional information on the updates and price developments of the apps complete the range of Appstatics: Track iPhone, iPad & Mac App Rankings. 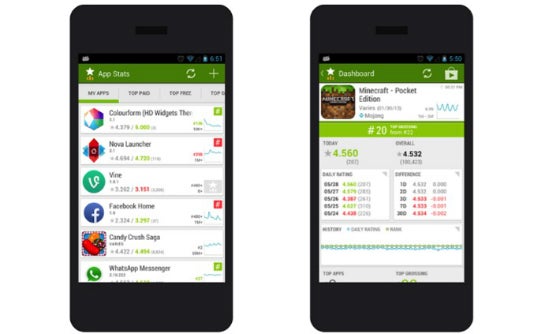 App Stats is the Android counterpart to the iOS app Appstatics and offers exciting insights into the apps available in the Google Play Store. This includes the development of the ranking, user ratings, comments, price development and updates. The data is updated every 5 to 15 minutes. App Stats can be downloaded for free from the Google Play Store. 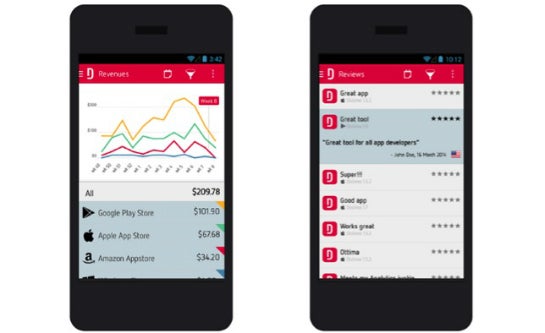 Distimo was taken over by the app analysis provider App Annie and offers the possibility of keeping an eye on the competition in addition to analyzing your own apps. The app, which is available for Android and iOS, offers Distimo customers the option of viewing all data while on the go. 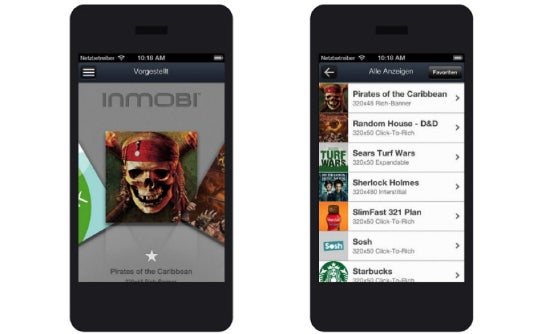 The InMobi app shows various successful examples of mobile advertising media that have proven themselves in use and have achieved good performance results. This also includes various rich media advertising materials that invite the user to interact. The app is available for Android and iOS. 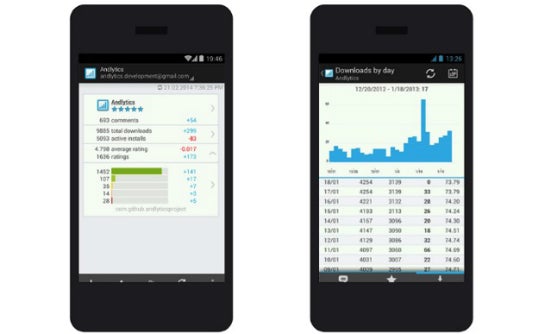 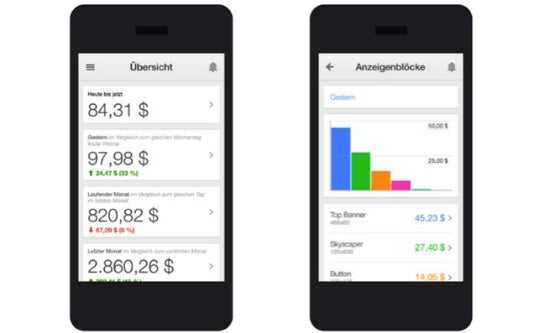 If you refinance your own app with AdSense or AdMob advertising, you can use the Google AdSense app to keep track of the income generated on the go. Various performance reports and charts show which displays are showing the best performance, which devices are delivering the sales and much more. The app is available free of charge for Android and iOS. 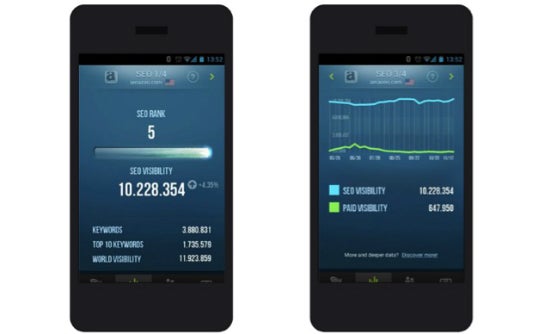 Searchmetrics offers SEO software that can be used to determine the general visibility of websites (including mobile websites) in search engines. With the app available for Android and iOS, a lot of data can also be viewed while on the move. 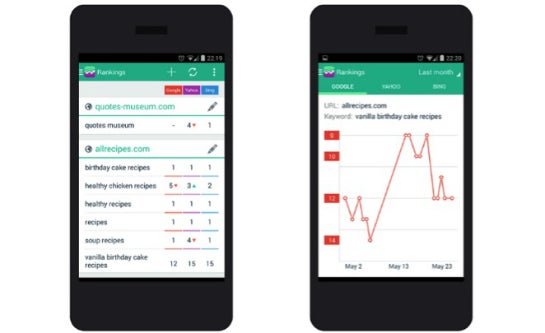 There are various apps in the Google Play Store to check the search engine positions of your own mobile website for certain search terms. One of the best apps is SEO SERP mojo, which not only checks the current ranking on Google, Yahoo and Bing, but also shows the development over certain periods of time. The app can be downloaded free of charge for Android. 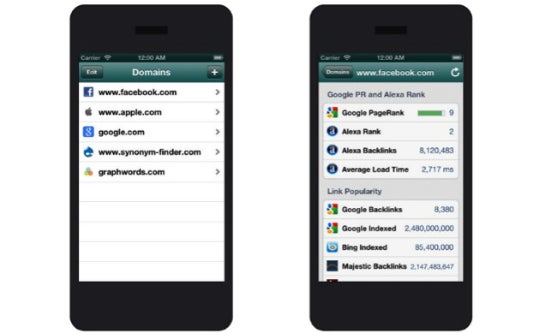 While Android users use SEO SERP mojo, iPhone users can use iSEO - SEO Audit Tool, for example. The app also shows the positions of your own mobile website for certain keywords and also offers some interesting additional information such as the number of incoming backlinks or the current Alexa rank. 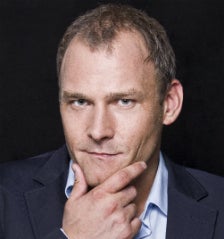 If you don't know Ingo Kamps, at least you could not have worked in affiliate marketing in the last 10 years. Ingo has been involved in the scene for years with his own websites and with his small marketer cayada and is just an incredibly nice and sociable guy. There is hardly a conference at which he does not network (or like to celebrate at the after party). Last year Drillisch Online AG took over his company's online portfolio. Since then, Ingo has been taking care of the performance and mobile marketing areas at Drillisch. For years, his shopping portal Cheap-Charlie offered one of the highest-transaction CPO offers for advertisers in Germany. The app tips above can also be found in Ingo Kamp's book Entry into Successful Mobile Marketing.

At the Mobile Marketing Camp of the Hamburg Media School you can dive deeper into the topic. The next two-day workshop will take place on November 25th and 26th, 2015 in Hamburg. Here you get deep insights into the systems, processes, tools and background knowledge of industry professionals. So register quickly!