What can I do for a sketch

This is about the sketch in the field of fine arts, more precisely drawing. So what exactly is a sketch?
According to the literal meaning of the Italian word “schizzo”, from which the term “sketch” is derived, this is a “fleetingly thrown” drawing.

A sketch is a drawing that should reproduce the characteristics of the drawing object or the model with a few, concise lines. It is drawn quickly and so lives through the freshness of its lines and the immediacy of its expression.

Sketch of a moose

The point of a sketch

In principle, a sketch can fulfill four functions:

1. A sketch records the impression and mood

An important aspect of a sketch is capturing an impression and the mood. Both are not quite the same. The impression that a landscape leaves on the viewer, for example, can be different from the mood.
Mood and impression can hardly be captured in an elaborate drawing or painting. Both characteristics are far too fleeting, whereas the completion of a painting or drawing is usually too time-consuming and tedious. 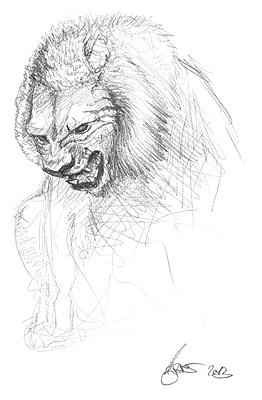 Snapshot - sketch of a lion in action 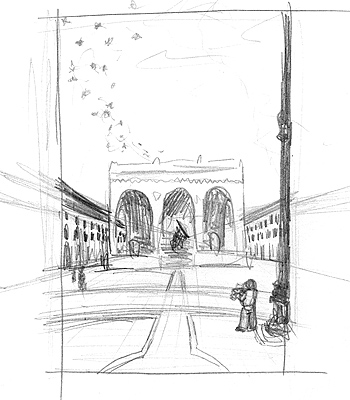 Sketch of a cityscape (Munich, Odeonsplatz)

2. A sketch is used for orientation

With the help of a sketch, the draftsman can learn to find his way around a new area that is still unfamiliar to him. With the sketch, the artist practices the representation of a motif and learns to draw the object.
A sketch should describe the shape and the object. The shapes and structures can be confusing, especially with motifs that are being drawn for the first time. With the sketch you start to orientate yourself within the drawing object. First the rough shape and its proportions are recorded, then inner shapes and structures follow. The draftsman decodes the geometry of the model with the help of the sketch.

Sketch of a shark 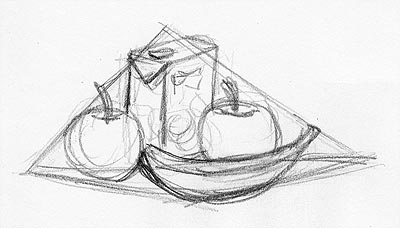 First draft of a still life

Often you draw a sketch with a view to a picture that you want to paint later. With this in mind, a sketch can also serve to work out the special features of the motif. That means, you emphasize in the sketch what seems important to you yourself. You can also determine whether this emphasis achieves the desired optical effect.
In short, the sketch is used to capture the idea for a picture. 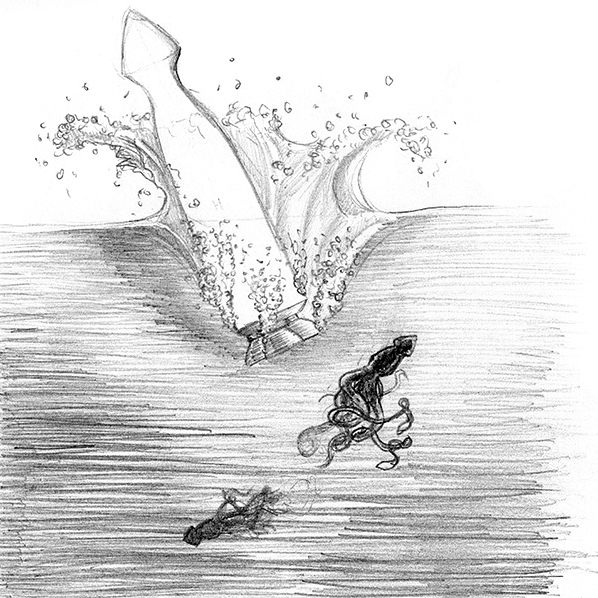 A sketch to capture an idea 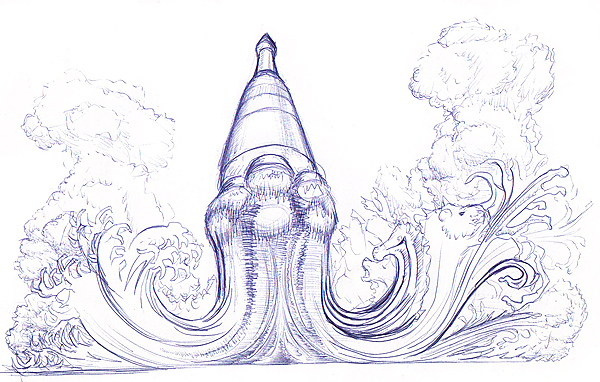 Design for a painting

A sketch can also correspond to a study. During the study, the model is examined graphically. One tries to study the possibilities of the drawing by means of various sketches. That means, you simply test how you can represent the respective drawing object. 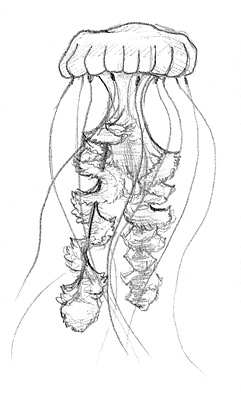 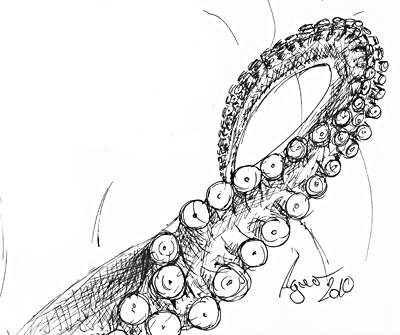 Sketch of an octopus arm

More worth knowing about the sketch

Contrary to what you might think, the sketch is not drawn completely intuitively. Rather, you have to be very conscious about the few lines you draw. Sketching therefore requires a great deal of attention and concentration. This circumstance represents a certain discrepancy to the expressive depiction of a moment, an impression and a mood, which are to be realized by the sketch.

Here are two more relevant links on the subject of drawing, which primarily aim to capture ideas with sketches and then work them out later in a painting or drawing:

Those who start drawing will tend to sketch rather than create elaborate drawings. And that's the way to go, because you learn how to represent objects by sketching. The drawing of sketches also helps one to a conscious and precise perception, since the insignificant details have to be left out here in order to express the essentials of the motif.