How effective are carbon offset programs

Formula E was the first sport to be held on a global scale to achieve the "climate neutral" rating. This was announced by the electric racing series on Monday. By investing in environmental projects in all countries in which Formula E has driven in its six-year history, it has been able to fully offset its CO2 emissions and thus achieve the carbon footprint target of "net zero".

On its way to climate neutrality, Formula E followed the recommendations of the "UN Framework Convention on Climate Change". After determining the exact CO2 emissions, the series first examined where exactly savings could be made. The areas in which carbon dioxide is unavoidably released - such as the transport sector, which dominates everything at 72 percent - were offset by the purchase of CO2 certificates, among other things.

Together with the company Quantis, which specializes in sustainability issues, Formula E has calculated the total CO2 emissions since the debut season 2014/15, improved for example in the areas of logistics, plastic waste and battery cell disposal and already included some time ago the ISO 20121 certificate for sustainable events. Now the unavoidable emissions have also been offset by investments in "Gold Standard" and "Verified Carbon Standard UN" projects.

"Formula E aims to create a better future through racing, and we are committed to taking a leading role in the fight against climate change," said Formula E CEO Jamie Reigle. "We measured and reduced our emissions from season 1 and are proud to have now achieved a net zero footprint by offsetting the remaining emissions. We will continue to work on our sustainability efforts in the future and hope to inspire others to follow this path with us. " 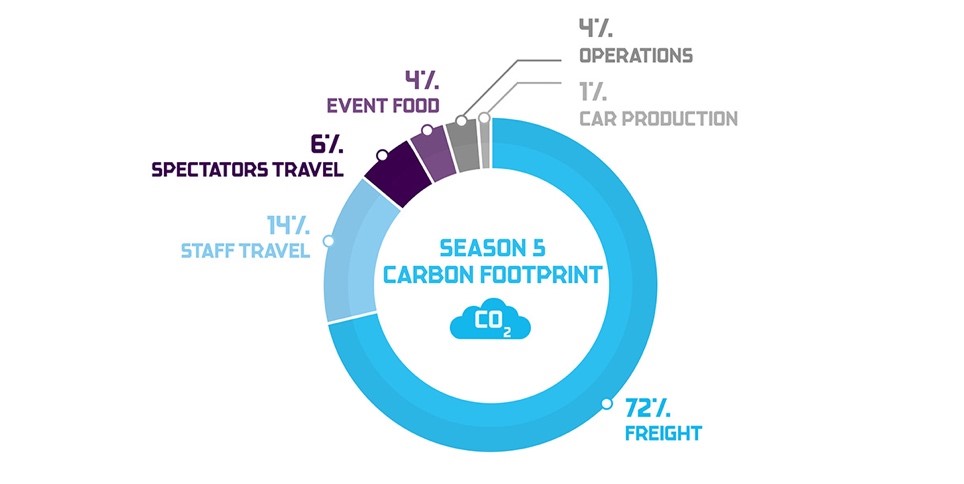 FIA President Jean Todt added: "I very much welcome this important step forward in the FIA ​​Formula E Championship for the environment. We are both (Formula E and FIA) committed to the United Nations Framework Convention on Climate Change, and this is one of them four main pillars of #PurposeDriven, the FIA ​​movement with the aim of motorsport and mobility doing more for society. "

We only published a detailed article on the current Formula E sustainability report in June. This shows how much CO2 the electric series has emitted in total over the past few years - and that it generated significantly more emissions than ever before in its 2018/19 season. Compensation or not: Formula E must continue to work on reducing its unavoidable footprint, for example by optimizing the logistics of the racing calendar.

A year ago, Formula 1 announced that it wanted to become climate neutral by 2030. We responded to this news with a comment that Formula E should take this project as an incentive. It is remarkable that it has already reached net zero ten years before the declared goal of Formula 1.

We're the first sport to achieve net zero carbon from inception.
Since season 1, we've looked at reducing our carbon emissions - committed to reaching 0 and using our sport to deliver a better future. >> https://t.co/JXWpnWQrX7
# PositivelyCharged # PurposeDrivenpic.twitter.com/zamMf3MBL0