YouTube will "stop" hateful comments before they are sent

YouTube is taking the next step against hate comments. YouTube manager Johanna Wright has announced that in future commentators will be advised when submitting them that they should remain respectful when commenting. This emerges from an extensive announcement. YouTube boss Susan Wojcicki had already presented the changes in the summer, now there is an update on how far the ideas from then have been implemented. First of all, a number of interesting changes for the platform start. This includes YouTube testing a new feature that will remind a user to respectfully comment before submitting a comment. As soon as a comment violates the platform's guidelines, for example through hate speech, it can be deleted, but now YouTube intervenes earlier. Infographic: The highest paid YouTube stars 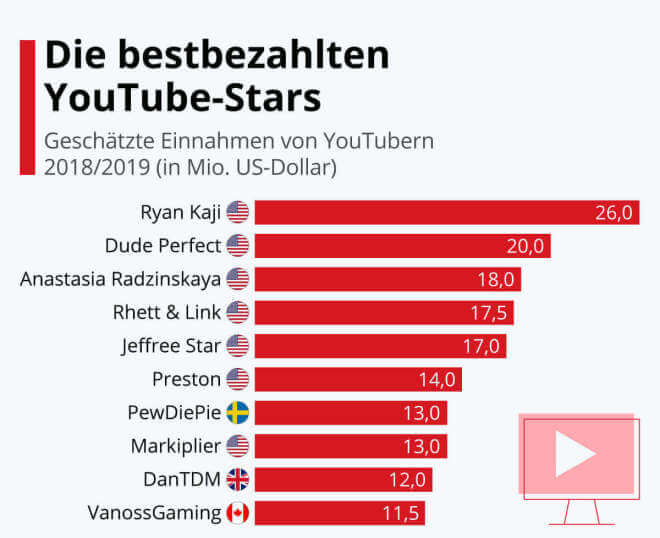 As soon as a potentially offensive comment is discovered, a message will appear asking whether you really want to publish it that way. Users can choose to continue posting the comment or change it at all. YouTube explains that such comments are not necessarily deleted. The commentator himself, the channel operator and YouTube only have this as an option if the content clearly violates the guidelines. The notifications should also react "finer". 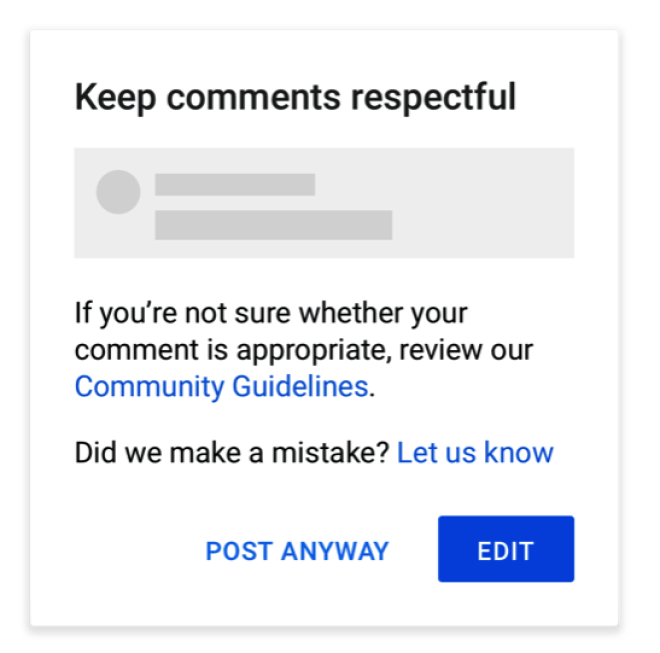 In addition, Johanna Wright reported the progress made in removing hateful content through YouTube. It says: "Since the beginning of 2019, we've increased the number of daily hate speech comments removed by 46 times. And in the last quarter, of the 1.8 million channels we closed for violating our guidelines, more than 54,000 terminated for hate speech. This is the highest number of hate speech unsubscriptions in a single quarter and 3x the previous high from Q2 2019 when we updated our hate speech policy. "

It continues to look for "possible patterns of hatred, harassment and discrimination that may affect some communities more than others". In addition, the group will test a better content filter system in YouTube Studio that can filter out "potentially inappropriate and hurtful comments" so that the channel operators do not even have to see them - this is also part of protecting users from hate speech.