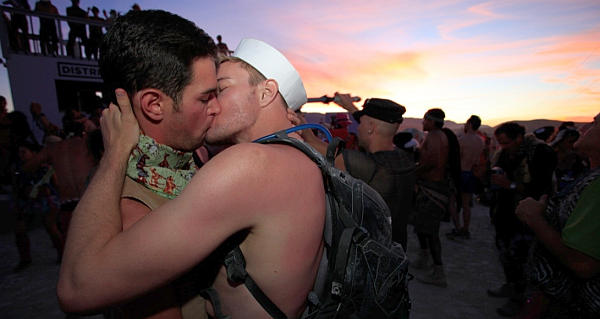 According to a new study, hatred of Muslims, homosexuals and Sinti and Roma is growing massively in Germany.

More and more people have resentment against minorities: The study "Die uninhibited Center" (PDF) published on Wednesday shows that Islamophobia, antiziganism, sexism and the devaluation of homosexuals have gained support in the population over the past two years. The representative survey by the University of Leipzig is the latest part of a long-term research project that has been investigating political attitudes in Germany since 2002. For this year's survey, a total of 2,420 representatively selected people were interviewed in spring 2016.

The results are appalling: over 40 percent find it "disgusting" when same-sex couples kiss in public. The values ​​have thus doubled compared to a similar survey in 2014. A quarter of those questioned agreed with the thesis that homosexuality is immoral. 36 percent also think that same-sex couples should continue to be denied the right to marry - there is also a significant increase in this question.

Group-specific misanthropy is also evident in other minorities to a similar extent: half of the respondents want to ban Sinti and Roma from German inner cities. In addition, half of the people feel that they are "strangers in their own country" because of the presence of Muslims - that is an increase of 20 percentage points within five years.

For example, around 52 percent, more than half of AfD voters find same-sex kisses disgusting. The CDU / CSU are at least 46 percent, the SPD 43 percent, the Left 30 percent, the FDP 26 percent and the Greens around 24 percent. 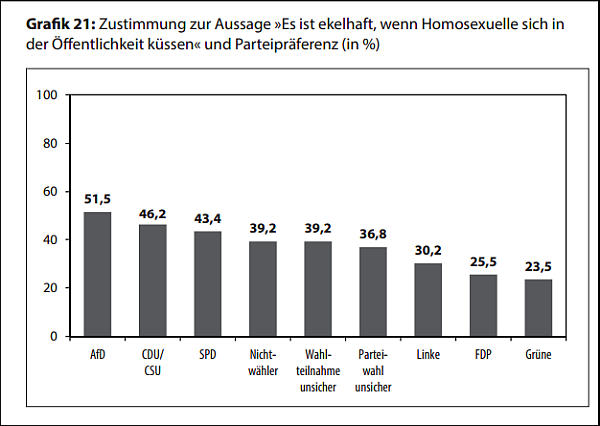 AfD and Union supporters also agree with the statement "Homosexuality is immoral". The only party for which less than a tenth agrees with this assessment is the FDP. 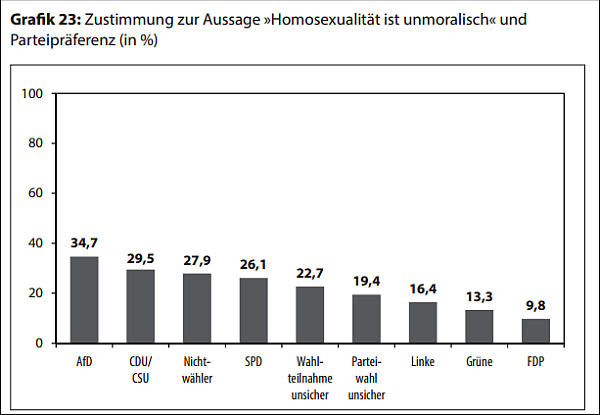 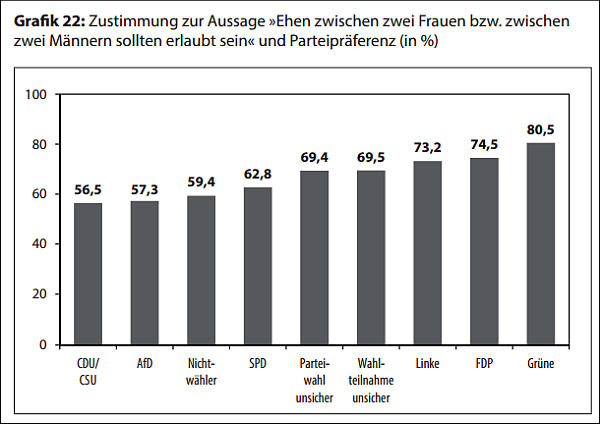 In view of the study, the Green politician Volker Beck once again calls for the equality of gays and lesbians in marriage law: "Those who are not politically equated and discriminated against are also confronted with general social hatred." With the ongoing discrimination against same-sex couples by the Merkel government, the rejection of homosexuals is "reinforced and politically legitimized".

Overall, the study shows a "significant change in political culture," the authors write. Politically, the AfD in particular benefited from this atmosphere, as it could win over voters "with a clearly right-wing extremist and prejudiced attitude". Around 18 percent of AfD supporters are in favor of a dictatorship "in the national interest" - only two percent of the established parties. The AfD also has many higher approval ratings for other issues such as the trivialization of National Socialism.

There has been a decisive turning point in the last two years. The authors see the refugee debate as a turning point. Before 2014, following efforts by the federal government to strengthen civil society, the population had become more open. Since then there has been an "increasing public articulation of anti-democratic slogans", for example in the form of the Pegida movement.

"Anti-democratic and ethnocentric positions are now being publicly manifested more frequently and at ever shorter intervals," the authors say. "Large parts of the population are still ready to devalue and pursue what they perceive as deviant and alien." They defended themselves against central developments of the last 20 years and wanted to turn back the clocks again. The next few months and years will show whether the democratic forces can take the reins of action again.