Why is the cell theory still a theory

Beginnings of the cell theory

Everyone is made up of billions of cells. They are in the skin, in the blood, in the muscles, in the heart - in short: everywhere. For us, this knowledge is a matter of course today. But when Rudolf Virchow was born on October 13, 1821 in Schivelbein in what is now Poland, not much is known about body cells. 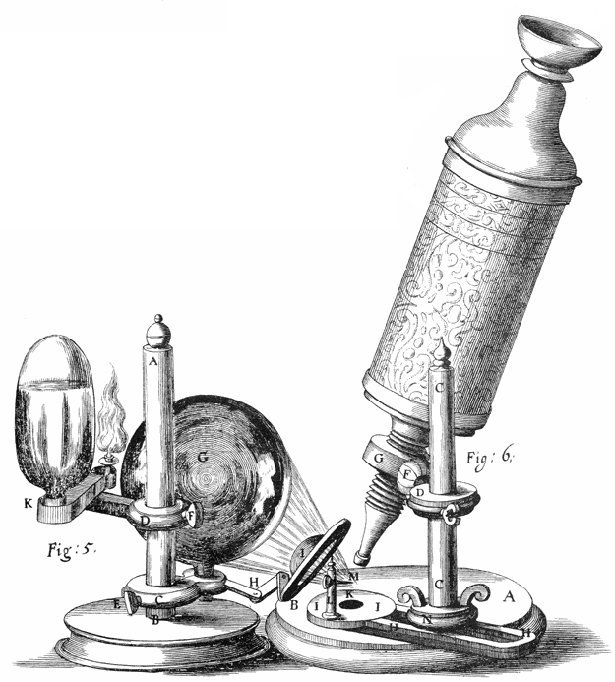 The natural sciences are flourishing at this time and medicine is in a state of upheaval. However, the humoral pathology or four-juices theory is still considered a binding concept in this discipline. According to this theory, already devised by the ancient doctor Hippocrates, humans are not a system of cells, but of juices: blood, mucus, yellow and black bile. These body fluids must be in balance. Otherwise the person will get sick, it is believed.

Look through the microscope

But a new generation of scientists is beginning to look at the human body differently - through a magnifying glass. As early as the 17th century, the British naturalist Robert Hooke developed a modern, two-stage microscope on behalf of the Royal Society in London. In the meantime, these instruments have gotten better and better. With a look through the microscope, things can now be enlarged up to 400 times.

This enables researchers such as the physiologist Theodor Schwann and the botanist Mathias Schleiden to examine the structure of plants and animals in greater detail than ever before. Virchow began his academic career at this time. Because his father, a simple businessman, cannot finance his only son's regular university studies, the ambitious boy becomes a scholarship holder at the Military Medical Academy in Berlin.

Preparatory work by Schleiden and Schwann

While 18-year-old Virchow is completing the first months of his medical training, Schleiden and Schwann examine the anatomical structure of plants and animals. They recognize: All of their research objects seem to be built up from uniform basic forms. Together they publish the first general cell theory, which understands the cell as a kind of elementary unit of all living beings. This knowledge also turns humans into a scientifically describable system of cells.

Virchow is drawn to this new, modern look at the human body. In 1845, as a particularly talented student, he was allowed to give the ceremonial speech on the 50th anniversary of the academy and spoke about the "correctness of medicine from the mechanical point of view". In it he reveals himself to be a progressive-thinking natural scientist who does not believe in intuitive practices and instead demands a medicine based on empirical patient observation, experiments and the evaluation of dissection results.

Focus on the cellular level

A little later, Virchow was assigned to the Berlin Charité as a company surgeon, before moving to the chair of pathological anatomy at the University of Würzburg in 1849. In the following seven years he took up the thoughts of his predecessors Schleiden and Schwann: He wanted to explore the body on a cellular level. To do this, he places tissue samples under the microscope and carries out chemical and physical measurements.

After returning to Berlin to the Charité's Pathological Institute, which he founded especially for him, he first presented what he found out to his students and published it in book form in 1858 - a work that caused a sensation.