Ed and David Miliband get along

The challenger: Ed Miliband on course for Downing Street?

The last televised debate before the election almost led to Ed Miliband's fall - literally. After a television show in Yorkshire with an audience survey, which was a riot, he almost lost his balance when he left the stage. It could have been one of those moments that define careers. But Miliband caught himself at the last moment. Perhaps a symbol of his amazing image change in the last weeks of the election campaign. Last year even die-hard Labor supporters and their own party friends would not have bet five pence on their chances on election day. In all surveys on the person he came off disastrously. Ed Miliband would stand in the way of a Labor victory because he was not eligible for election: unpopular, incomprehensible, awkward - that was the vote.

Every school class has someone like Ed Miliband: serious, talented, socially a bit awkward - the nerd on duty. Such a person can become a professor or IT manager, but not prime minister in the age of permanent media presence. When Miliband was filmed devouring a bacon roll last year, his opponents once again used the images to ridicule him. In the British election campaign, all means are used to portray the political opponent as a fool. 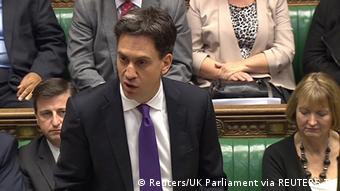 The Labor leader has a flawless political and academic résumé: As the younger son of the Marxist political professor Ralph Miliband, he grew up with his brother David in north London in a traditionally left-wing intellectual household. His parents had emigrated to England as Polish Jews fleeing the Nazis. Both brothers studied at Oxford and both rose to the Labor Party during the Tony Blair era. David eventually became Secretary of State under Gordon Brown, while Ed was in charge of energy and climate change. Two steep careers, right up to the political "fratricide" at the 2010 party congress.

Party politics as a family drama

After the lost election, Brown resigned at the top of the party, David Miliband seemed the natural successor. Sympathetic, cosmopolitan and a Blair man from the successful right wing of the party. But the candidacy turned into a fight with his younger brother, who won in the end: With the help of the union votes, Ed managed to overtake David by a wafer-thin majority as the candidate of the left. The press had its drama along the lines of Cain and Abel. The relationship between the brothers has been difficult ever since.

Even today, this story serves his opponents to portray Ed Miliband as insidious and unreliable. He will damage the country even more than his brother, etched the conservative London Mayor Boris Johnson. Ed Miliband repeatedly emphasizes that it was only about the party line, not about brotherly rivalry. 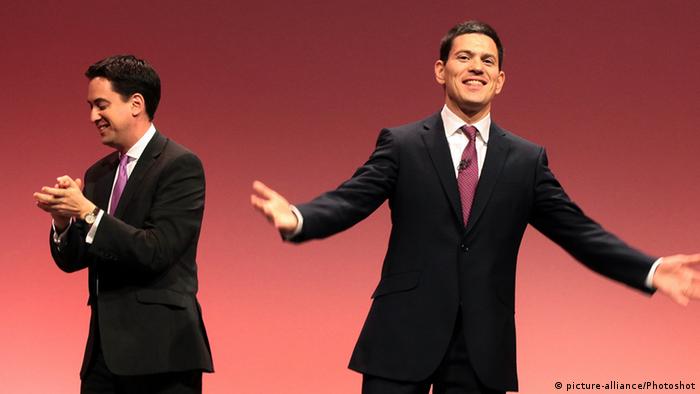 It stands for the turning away from "Blairism", a policy of neoliberal economic friendliness. Ed Miliband, on the other hand, wants to fight social inequality in the country, reduce high tuition fees, save the public health system, and relieve workers. He is for Europe and for equal opportunities - in Germany he would be a social democrat. At the same time he wants to balance the UK budget and reduce the national deficit. Some Labor voters lack the big, powerful message from Miliband. But the party leader is afraid of making false promises.

From loser to teenage swarm

Sometime this March came the upheaval: Perhaps Obama adviser David Axelrod worked the miracle as an election campaign aide at the Labor Party and got Ed Miliband to finally be himself in the television debates and campaign appearances. Suddenly the candidate managed to be perceived as a slim, well-dressed man in his forties. A man with wit and naturalness. And a politician who stands by his convictions, can listen and appears warm-hearted. 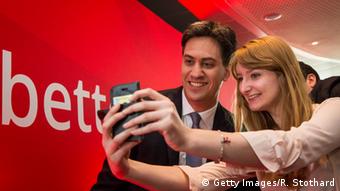 The new picture was so effective that suddenly teenagers took selfies with Ed Miliband and the group of "Mili fans" got together on the Internet. Maybe all a piece of clever marketing, but still a sign of the late transformation of the candidate into an elected politician.

It remains to be seen whether he can still influence the outcome of the election. The British are deeply disaffected with politics; and Ed Miliband is also seen as part of the detested elite and political caste. In any case, it will be difficult for him, as well as for the conservative incumbent David Cameron, to form a government after Thursday's election.

The latest polls do not predict enough percentages for either of the two to get their own government majority. The election winner will probably have to rely on a coalition partner. The smaller parties will have the final say. However, as alleged losers in the elections, are the Liberals ready to change camp after the coalition with the Tories? And how successful are the right-wing populists from Ukip?

Above all, the fate of a possible Labor government depends on the Scottish nationalists. A walk-through is predicted for the SNP. Ed Miliband, however, has promised not to form a coalition with the party because it stands for the division of Great Britain. At most, a minority government would be conceivable, because Labor and the SNP are on the same side on many other issues. If the pollsters are not totally wrong, after the upcoming election day Great Britain will face a laborious government formation and a totally transformed party landscape.