What is the Eltanin antenna

The mysterious find of the ELTANIN

Between 1962 and 1979, the NSF polar research vessel Eltanin explored the Antarctic waters, studying the ocean and the seabed. In 1964, the ship photographed an unusual object (Fig. 1) at a depth of 13,500 feet. At the time there was no submarine that could have carried a piece of technology this deep. 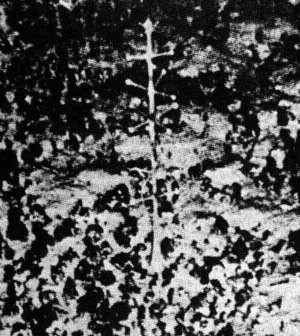 Fig. 1 The mysterious antenna that was photographed by ELTANIN in 1964 on the Antarctic ocean floor.

The object appears to be a pole protruding from the sea floor with twelve spokes protruding from it, each of which ends in a ball. The spokes are at fifteen-degree angles to each other. It was located about 1000 miles south of Cape Horn, in one of the most inhospitable seas in the world. Marine biologists have speculated that it could be some type of organism, mainly because it is so difficult to explain any other way. In any case, there is no known form of marine life that even remotely looks like this object.

The possibility exists that it was an antenna or other scientific instrument that was lost from an early research vessel, but again that would be a very contrived explanation. It seems unlikely that an object could fall three miles into the sea and then anchor itself to the ground. [1] In addition, the position of the antenna is so precise and so strangely significant that it seems almost certain that it was placed there on purpose. Who did this, with what technology and why, remains unknown. In any case, it is clear that there could be an enormous secret related to the Eltanin antenna, one that, as we shall see, certain members of the Scientific community may not be completely unknown.

The researcher Bruce Cathie [2] a New Zealander who, among other things, made a famous series of UFO sightings, developed a theory about the antenna based on its position on the planet. On Cathie's theories [3] It is believed that the antenna may have been part of an ancient planetary network of fundamental importance to understanding our planet and the great 25,000 year cycle known as the precession of the equinox. Could it be that the Eltanin antenna is part of an ancient technology, or even technology that comes from another world? Cathie certainly thinks so. Other researchers now suspect that modern science is very much aware of the purpose of this object and may be actively monitoring it or using it in some way. Mr. Cathie considers '144', the harmonic reciprocal value (?; Orig: "harmonic recriprocal"; d.T.) of the speed of light, to be an important unit of measurement of the earth network, because the 21,600 arc minutes of the planet are exactly 150 let them share.

Someone interested in Cathie's ideas began measuring in steps from the antenna outwards and was surprised to find that the Antarctic base, Prospect Point, was exactly eight of these units of measurement away. If you add another 144 unit, you will find two more Antarctic bases, Hemus and St. Kilmet. Remarkably, a whole array of bases and earthquake stations surround the Eltanin antenna. It is unknown what this could mean, but it certainly makes sense that the Eltanin Antenna is not a strange marine creature, but rather an object of great importance which is very well understood by anyone.

This article first appeared under the title 'Mystery of the Eltanin Antenna' at Out Of Place Artifacts © on July 21, 2001, online at: http://tvufo.tripod.com/id10.html; Translation into German by atlantisforschung.de