what does the specification 18k mean?

· #1
I have a bracelet with 2 different gold colors and stones on the clasp is now 18k embossed - what does that mean? is the jewelry worth something or is it a fake? I only know details like 333 or 925 etc.
Can anyone help me further?
I'm new here and hope I did everything right ...
thanks in advance
kathrinsche

welcome to the forum.

I hope I could help you and we hear from you here more often. 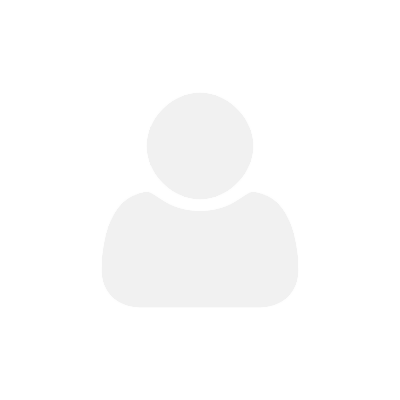 · #5
it is only thinly coated with a touch of gold
nice to look at, no material value

· #6
GP usually stands for "gold-plated". A more or less thick gold coating on a base metal. No material value, as Tilo has already written. However, you can only know how high the ideal value is.

Hello Raik,
Your answer raises a few questions for me:
Can you alloy an alloy? - Brass is an alloy.
Does gold alloys contain zinc?
Greetings Holger

· #8
Hello Holger,
I'll explain it a little more comprehensively because things are related.

An alloy is already alloyed, i.e. it is a mixture of different metals that occur together in a crystal structure WITHOUT a chem. To have entered into a connection. The crystals separate as they cool, but this does not always occur. Therefore there are homogeneous structures and heterogeneous structures. If these occur together, one speaks of a mixed structure. These play a role above all in so-called tempering, since the hardness of an alloy increases with increasing segregation. Here, the alloys are "baked", i.e. stored warm, which leads to segregation (increases in hardness). It is widely used for cast parts, cutlery, thin-walled products, springs, etc.

Some gold alloys also contain zinc. This is added either for reasons of ductility, so to speak as a lubricant for the crystals, or for reasons of color, for example to get the desired green-yellow color in the 333-er. Another reason is the reduction of the melting point, for example with solders.

It is also used in small quantities as a reducing agent, i.e. to bind oxygen.

Existing alloys can be modified, i.e. expanded. In order to take apart an alloy and to get the original metal back, one has to rely on the so-called wet separation, a costly, expensive process in which the alloys are dissolved in the appropriate form in acids and the individual metals are precipitated.
Greetings, Ulrich - goldsmiths since 1967

· #9
Hello Ulrich,
First of all, thanks for your extensive explanation.
My question was about Raik's aissage.
In connection with 8 carat gold alloys, it may be correct from the point of view of the expert when one speaks of alloyed brass, for example - but it seems to me in a forum as information for laypeople very daring, if not even wrong. 8 kt is an officially traded gold alloy.
If that doesn't suit you, you should contact the relevant interest groups or government agencies.
Greetings Holger

· #10
However, it remains a brass technically and in terms of its properties: because copper and zinc are the largest part of the matter
and then there is less than half of the gold and silver added together
unfortunately, of all people, our legislature allows it to be sold as gold
Specialty: seamless partner rings also made directly from delivered (old) gold and silver

· #11
Quote written by holger 57
My question was about Raik's aissage.
This statement is to be used with caution and is probably intended for laypeople so that they can imagine something. Gold is not reddish yellow, but the only yellow metal. Describing 750 as typically "gold-colored" is wrong because it is alloyed - only the element itself can have the color of gold!

"Precious brass" is not an official name in the traditional sense. Goldsmiths scoff at the base character of the alloy with this expression. Brass as such is an alloy of copper and zinc. In the case of large-scale jewelry, tin is usually alloyed in addition to zinc.

At Custom-made products in 333 (yes, often happened earlier) the addition of Zn and Sn is often omitted.

Quote written by holger 57
PS For me, gold is only gold when the majority is gold (> 50%).
For me gold is the element gold, everything else is more or less noble alloys.

@Tilo
The vernacular refers to any gold-containing alloy as "gold"

· #12
Quote written by holger 57
8 kt is an officially traded gold alloy.
If that doesn't suit you, you should contact the relevant interest groups or government agencies.
An addendum to this: if it comes to my mind, I'll make a piece of "123 gold"

here, I'll stamp it with 123 and offer it for sale as a gold alloy. According to the law, "official", as you call it, is any gold-containing alloy, regardless of whether it is 999 or 001. Jewelry can be in each Fineness ...


... whether someone wants him then is another matter.

· #13
then it occurs to me: I have a nice white dental alloy lying here: in addition to a lot of silver and about 27% palladium, it also has 2% gold
I could sell it as 030 white gold and would be absolutely law-abiding
Specialty: seamless partner rings also made directly from delivered (old) gold and silver

· #14
I've heard that the stamps for the gold or silver part are often forged abroad. Is there a feature by which you can recognize an original stamp or only by examining the gold itself?
<?