Why is Queens Bohemian Rhapsody called that

“Bohemian Rhapsody” has become a triumph as a biopic about Queen and Freddie Mercury, there have been numerous film awards, including Oscars, and the box-office result beats everything that has existed in this genre so far.

Nevertheless, it is noticeable that there are a number of incorrect time assignments and simple, annoying errors in the film. The US colleagues at ROLLING STONE list everything that is wrong - we add important aspects.

1. The formation of the band was not as easy as shown

In 1970, in “Bohemian Rhapsody”, Freddie Mercury happened to be in a concert by Brian May and Roger Taylor's Smile band. Immediately after the show he runs to them, shortly before bassist and singer Tim Staffell threw in the towel. Mercury convinces the two of them in the parking lot with an a cappella version of “Doing Alright”.

In reality, Mercury had been friends with Staffell for a long time, a big Smile fan too - May said that young Freddie had besieged her several times to join the band.

2. John Deacon was not a founding member

He wasn't there at the first Queen concert in 1970, but was only the fourth bass player - and joined the group in 1971. In “Bohemian Rhapsody” Deacon already takes part in “Keep Yourself Alive”.

3. “Fat Bottomed Girls”, “We Will Rock ¥ ou”, “Another One Bites The Dust” in the wrong places

"Fat Bottomed Girls" did not exist on the band's first US tour, "We Will Rock You" was not created in Freddie's mustache-leather look phase, and "Another One Bites The Dust" was not in the "Hot Space" - 1982 era.

In the film, Mercury meets his future fiancée about 30 seconds before he meets the Queen members and becomes their singer.

The reality was this: Austin was dating Brian May - and Freddie didn't notice her until he was already the front man.

5. There is no record manager Ray Foster

Mike Myers plays EMI man Ray Foster, who argues with Queen over her song “Bohemian Rhapsody”. The man doesn't exist. But it is based on EMI boss Roy Featherstone, although he was a fan of the band.

Nevertheless, he simply thought “Bohemian Rhapsody” was too long to be decoupled as a single.

6. Freddie's lover, Jim Hutton, was not his servant

In the film, Mercury meets his future partner Jim Hutton after his house party, he works as a kind of waiter, Mercury dredges him drunk and hungover. Nevertheless, they discover mutual sympathy. In reality, Hutton was a hairdresser who worked at the Savoy Hotel. They first met in a nightclub. 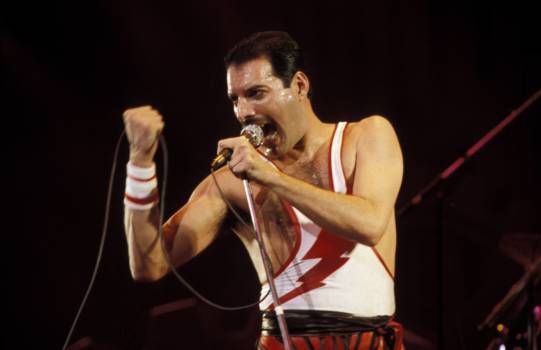 In “Bohemian Rhapsody” it seems as if Freddie's solo plans in 1985 led to the breakup of the band, which only got back together shortly before Live Aid in July. All four felt burned out after the “The Works” tour. Still, there was continuously released music in Queen's discography. "The Works" in 1984 was followed by "A Kind Of Magic" in 1986.

8. Live Aid was therefore not a reunion 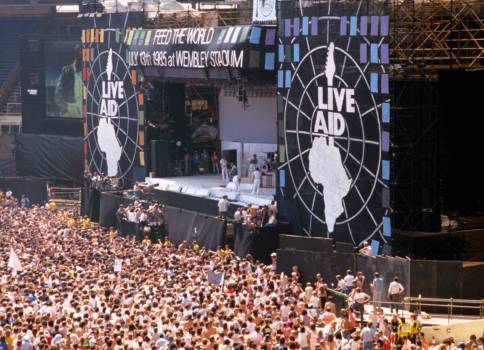 After “The Works”, Queen went on an extensive tour in 1984, playing new hits like “I Want To Break Free” and “Radio Ga-Ga”. The last concert before Live Aid took place just eight weeks earlier. So there was no reason to “have to get back into shape”, the guys were perfectly well rehearsed before the charity event.

9. Freddie didn't find out about his HIV infection shortly before Live Aid

It is unclear when exactly Freddie Mercury found out about the diagnosis; it was probably between 1986 and 1988. But not before Live Aid in July 1985. In the film, he tells May, Taylor and Deacon about it shortly before the festival concert. Within the band, depending on the source, the topic of AIDS may have only come up before “Innuendo”, i.e. in 1991.