Who are the Kremlin hardliners

President or hardliner? Four scenarios for Russia after Putin

The successful governor of the Siberian Krasnoyarsk Region, Yekaterina Nadezhnaya, becomes "the first woman since Catherine the Great to lead Russia". Your government must stabilize the troubled country. She asks the West for help and gets it. Given the danger of domestic political escalation, the Russian elites do not want foreign policy tensions.

This is what the first lines of the scenario "The wounded eagle" look like (meaning the double-headed Russian heraldic animal): an unstable country strives for cooperation with the West. This is one of four drafts of a possible near future for Russia, which are described in the English-language publication "Thinking ahead: Russia beyond 2024".

These mind games were initiated by the SPD-affiliated Friedrich Ebert Foundation (FES) and the Center for Eastern European and International Studies (ZOiS) in Berlin. The authors are well-known political scientists from European, US and Russian universities and research centers. 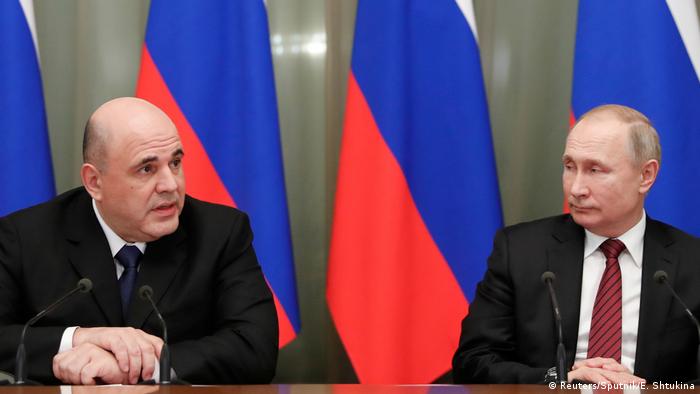 Experts do not believe that the new head of government, Mishustin, will play an important role after 2024

By their very nature, future scenarios are not strictly scientific studies. Although they are based on real conditions and developments, they also leave room for imagination and even allow fictional people like Nadezhnaya, whose name is derived from the Russian word "reliable". Or like Petr Preobrazhensky, the newly elected Russian President in the "The Golden Eagle" scenario.

"The Golden Eagle": Stable Russia and good relations with the West

Together with top politicians from France, the USA, Germany and Poland, Petr Preobrazhensky will hold a military parade on May 9, 2025 on Red Square in Moscow, during which Russian soldiers rub shoulders with French and American combat units on the 80th anniversary of the victory over Hitler's Germany march.

This is the result of a fundamental reorientation by Russia in the wake of painful but overdue reforms that will kick in after the protests and parliamentary elections of 2021. Thanks to the constitutional reform, the Duma, the parliament, has been given greater powers. It is pushing back the influence of the military and the secret service and giving the regions of the Russian Federation more independence.

Since no promising successor for the presidency could be found in the immediate vicinity of Vladimir Putin, the Kremlin supports the "independent" banker and billionaire Preobrazhensky, who is loyal but worries about the increase in corruption and nationalism. He sets new priorities in Russian politics: investments in infrastructure, more environmental protection, less military spending, a clear separation of state power and the business world. 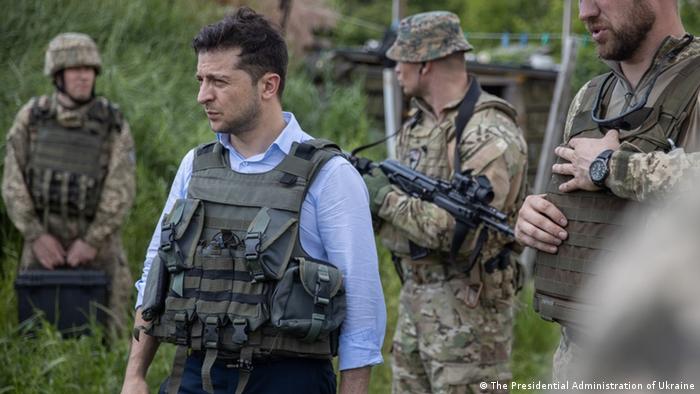 Can the conflict in Donbass be resolved by 2024?

Together with his Ukrainian counterpart Volodymyr Selenskyj, President Preobrazhensky succeeds in ending the war in eastern Ukraine and initiating the reintegration of the breakaway Donbass region into the national territory of Ukraine. As a result, the EU sanctions against Russia will be scaled back, which will give the Russian economy an additional boost. The problem of the Russian-annexed Crimea remains unsolved, but there is a clear improvement in relations with the West, partly because of Russian concerns about China's growing global influence.

"The stressed eagle": stable on the inside, on a confrontational course on the outside

In addition to these two mainly positive scenarios, the authors of the publication by FES and ZOiS also describe two negative variants of the future development of Russia. In one case, under the title "The Stressed Eagle", they assume a sustained confrontation with the West with relative domestic political stability. In this case, the fictional president is called Maxim Troitsky and is a colonel with extensive combat experience in Syria and other Middle Eastern countries. Putin will appoint him deputy prime minister in 2022 in order to prepare him for the future office.

In his second term as US President, Donald Trump continues the economic and political battle against China, leading to a global recession. But Russia's economy survives relatively unscathed because the oil price remains high due to serious internal political conflicts in Saudi Arabia. The problems of the West, exacerbated by the ongoing migration crisis in Europe, play into the hands of the Kremlin propaganda: The Russians are not particularly happy with the situation in the country, but have come to terms with it. Especially since the Kremlin is staging a decisive fight against corruption with media coverage.

Troitsky raises hopes, but is inexperienced and still has no answers to the most burning questions: How should the economy be modernized, the Donbass conflict resolved, and relations with the West improved? Often it is hope rather than despair that fuels revolutions, the authors of this scenario note.

"The screaming eagle": The hour of the nationalist hardliner

A combination of social instability and foreign policy confrontation with the West is described under the title "The Screaming Eagle". In this scenario, the global economic crisis leads to a drop in oil prices with devastating consequences for Russian public finances. That weakens the central power in Moscow and strengthens the nationalists in the country. The second key factor that gives them a boost is the ever-closer NATO membership of Ukraine and Georgia. This process is being promoted by US President Elizabeth Warren. 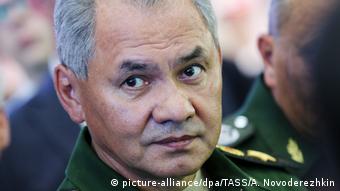 Sergei Shoigu as Putin's successor? It could also be, believe the authors of the future scenarios for Russia

In view of his drop in popularity, Putin decides in 2023 to have the current Defense Minister, Sergei Shoigu, elected as his successor. But as president, he will not be able to cope with the country's numerous problems in the wake of the economic crisis and major foreign policy tensions. In December 2025, Schoigu will have to resign "for health reasons".

Now comes the big hour for Interior Minister Igor Streltsovsky, who heads the party of Russian patriots and was appointed by Putin. The character is fictional, but the parallel to the former secret service man Igor Girkin, who under the pseudonym Igor Strelkow was the military chief of the separatists in the eastern Ukrainian Donetsk region in 2014 and has since had many supporters in nationalist circles in Russia, is obvious and wanted.

Streltsovsky, who already cracked down on mass protests in the country in the summer of 2025, will become Russia's incumbent president after Shoigu's resignation. One of his very first official acts was the transfer of numerous additional troops to the borders with Ukraine and Georgia, where NATO soldiers are already stationed.