What is a grade

The note values ​​represent the duration of the individual tones. When specifying the note symbols for the corresponding note values, a four-measure is used as a basis. I.e. a measure with four beats counts as a whole.

For a better understanding, one can imagine a circular cake. 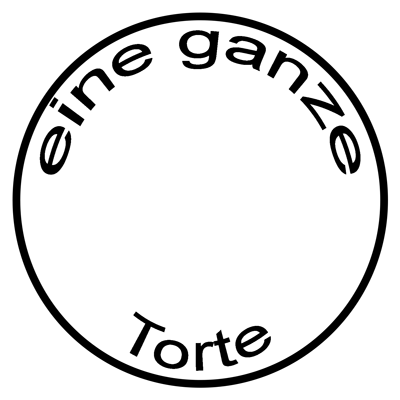 This then corresponds to a measure with four beats.

The symbol for the note value, which has four beats, looks like this:

and is called whole note.

A whole note goes into a four-bar. 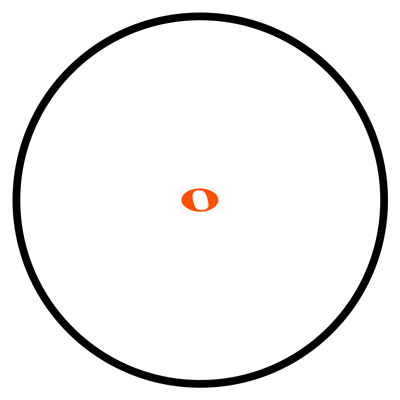 and is called half note.

Two half notes go into a four-bar. 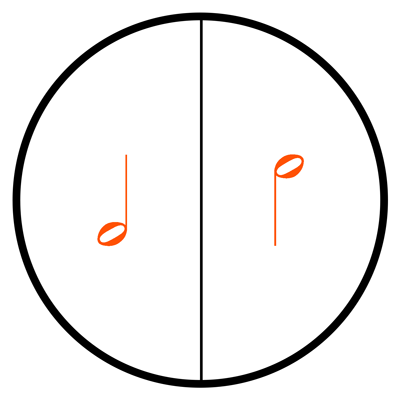 and is called a quarter note. 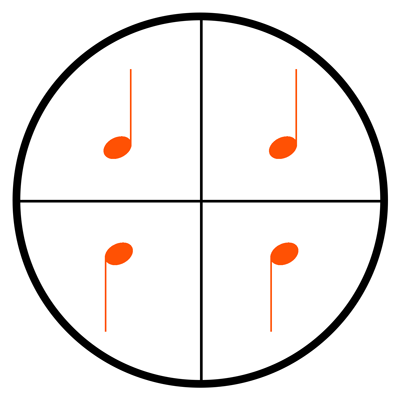 and is called eighth note. 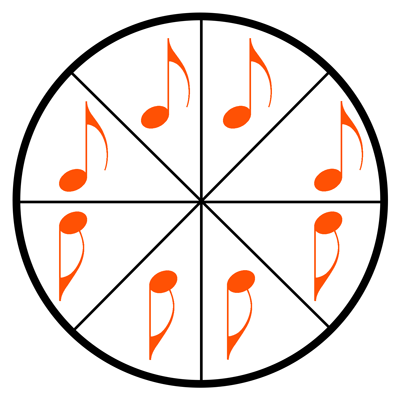 Eighth notes can also be grouped with bars. The little flags are left out. The eighth note groupings are made according to the beats and facilitate orientation in the beat.

No note value has an absolutely fixed duration. This depends on the tempo of the meter.

The beats of the meter are here to be equated with the quarter notes. Once the duration of this note value has been determined, all other note values ​​are based on it:

The whole notes are four times as long
the halves twice as long,
the eighth half as long

So you can't say: eighth notes always last xx seconds. Depending on the chosen tempo of the meter, the duration of the respective note value varies. In relation to each other, however, the grade values ​​are fixed.

There are also smaller note values. These are listed in the grade value table.