How do I learn software-hardware interfaces

What interfaces does the software have? 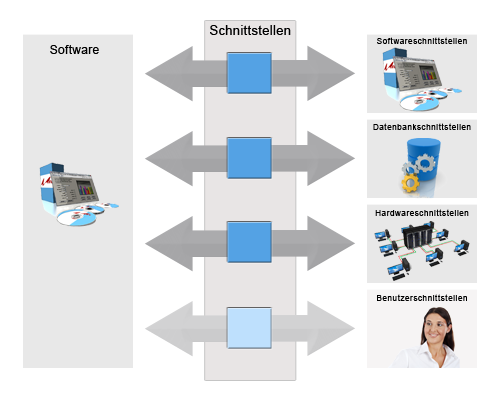 “Software interfaces form the transition between different programs and thus enable the exchange of data between these programs. Using these interfaces, known as programming interfaces (APIs), data from a word processor could be integrated into a database application. Such APIs exist for all possible application and communication programs. "

Many inquiries regarding the interfaces relate to compatibilities with other software, hardware (e.g. telephone system, card reader, cash registers, ...) and with database interfaces. User interfaces are mentioned here for the sake of completeness and are described in detail in Section 3 User Interface.

HBCI (Home Banking Computer Interface) is also an example of an interface. This open standard for electronic banking represents an interface for transmission protocols, message formats and security procedures.