How is Chevrolet beaten

(Motorsport-Total.com) - When it came to manufacturers, all discussions in the IndyCar scene for two years revolved around the question of how Honda could offset the disadvantage compared to Chevrolet. In the past two years, HPD had a clear disadvantage compared to Chevrolet, especially with the aerokits. Now the situation suddenly looks very different. A Honda won on a track that is actually Penske territory. And with Scott Dixon, a Honda rider was the fastest man of the weekend. 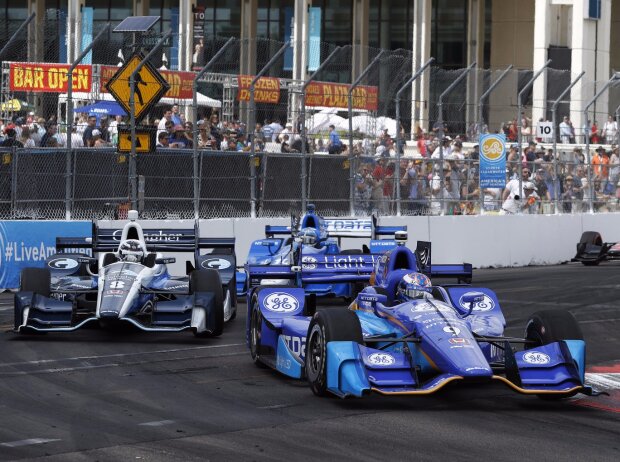 The fact that in the end it was Sebastien Bourdais and not Dixon who won was due to the second caution phase, which pushed Bourdais and Pagenaud forward and the four-time IndyCar champion backward. But after this weekend it is clear that the days of Chevrolet dominance are numbered, at least on the road. "I'm sorry for Mr. Foyt that he went on the wrong side," Dale Coyne sends a slight mockery towards Larry Foyt. His team switched from Honda to Chevrolet material this winter to compensate for the Ganassi team's change from Chevrolet back to HPD.

Clear advantages on the straight

The figures show a clear picture: IndyCar divides the routes into numerous zones, which are clearly more finely divided than the three official sectors for timekeeping. In qualifying, Scott Dixon took off Will Power by half a tenth of a second in Intermediate 1, which goes from the finish line to the first braking point. All four Hondas drove faster than the two Penske drivers Power and Josef Newgarden in the "Fast Six" session, the third section of qualifying.

In the curvy section of Intermediate 2, which includes the first corner and the subsequent left bend, Will Power is almost a tenth faster than the rest of the field. Dixon said after qualifying that that was where he made the mistake that cost him pole position. Although he started significantly worse in Intermediate 3, Dixon had a better time than Power at the end of the short straight before turn four and consequently caught up again here. (The detailed sector times from the IndyCar qualifying in St. Petersburg to browse)

In the race, the zone best times are less meaningful, as factors such as traffic, slipstream and different tire quality / fuel quantities play a major role. Nevertheless, two series of numbers speak for themselves here as well: In Intermediate 2, i.e. a curvy sector, four Chevrolets are among the top 10. Surprisingly, Will Power is not one of them - a clear indication that the Australian did not have an optimal car on the cooler and cloudy Sunday (which in the end no longer mattered since he was eliminated).

In Intermediate 8, i.e. the sprint from the last corner to the finish line, where the slipstream still plays a subordinate role, nine Hondas were ahead of the first Chevrolet. Conor Daly (Foyt-Chevrolet), the best Chevy driver, already loses two miles per hour at average speed in just over four seconds. One thing is certain: the Honda engine not only has more power, but is also extremely easy to drive out of the curve.

And it gets worse for the Chevrolet faction, as Simon Pagenaud noticed in the race: "It looks like they have an advantage in terms of fuel consumption. That is an issue that we have to work on with Chevrolet." A confirmation of the hard work at HPD, which its race director Allen Miller swears: "It looks like we are now very competitive. We have done so much work over the winter." 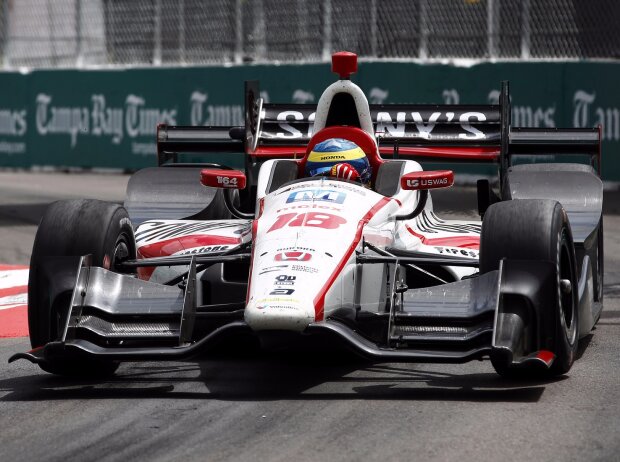 Scott Dixon, who was the fastest man in the race but was caught by the caution period, certifies Honda a "very good job" over the winter. "I am honestly surprised by the competitiveness. This engine is really strong. Honda was already doing very well at the end of last year. But we were very surprised by how good our cars were right out of the garage."

Honda has made progress not only with the engine, but also with aerodynamics. Although the aerokits are frozen, HPD has worked with the teams to make improvements as far as possible. "Last year we homologated a completely new kit, so we started from scratch," recalls Miller. This year, however, the HPD teams can build on experience. The big test for the aerokit is on the program on April 29th, when Phoenix's first oval race is on the program. Short ovals have been the biggest Honda problem so far.